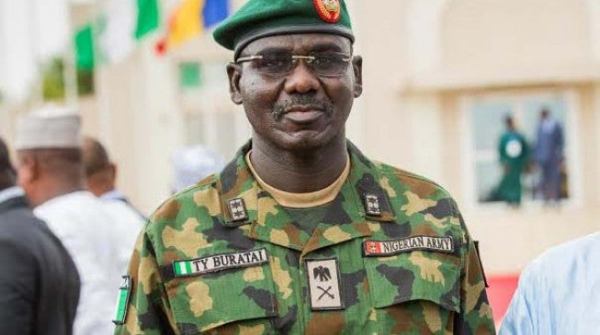 The House of Representatives has adopted a motion to investigate the Nigerian Army over the circumstances that compelled about 365 soldiers to tender for voluntary resignation from the Army.

The motion was sponsored by the Chief Whip of the House, Hon. Mohammed Monguno and other two principal officers.

The House warned of the dire consequences for such number of officers to leave the service in a single swoop, considering that there are worsening security crises in the country.

Read Also:  FIRS moves against Tax defaulters, as 50% disputed amount to be paid before Court hearing

The motion titled: ‘Need to Investigate the Purported Voluntary Resignation of Over 365 Soldiers from the Nigerian Army’, was triggered by a memo from the aggrieved soldiers to the Chief of Army Staff, Lt.-Gen. Tukur Buratai, dated July 3, 2020, with Reference Number NA/COAS/001, quoting the Harmonised Terms and Conditions of Service for Soldiers/Ratings/Airmen (Revised) 2017.

The approval for.disengagement by the Chief of Army Staff, Lt. Gen. Tukur Buratai as contained in a 17-page circular from Buratai, AHQ DOAA/G1/300/92, signed by Brig-Gen T.E. Gagariga, for the Army Chief was a source of concern to the Federal lawmakers.

Moving the motion, Monguno noted that the Nigeria Army, which was founded in 1960, is the largest component of the Nigerian Armed Forces with a staff strength of about 200,000 soldiers, with the responsibilities of taking charge of land warfare operations as well as protest and defend the territorial integrity of the nation.

After adopting the motion, it was referred to the House Committee on Army to be reported back to the House for further legislative consideration in a week’s time.