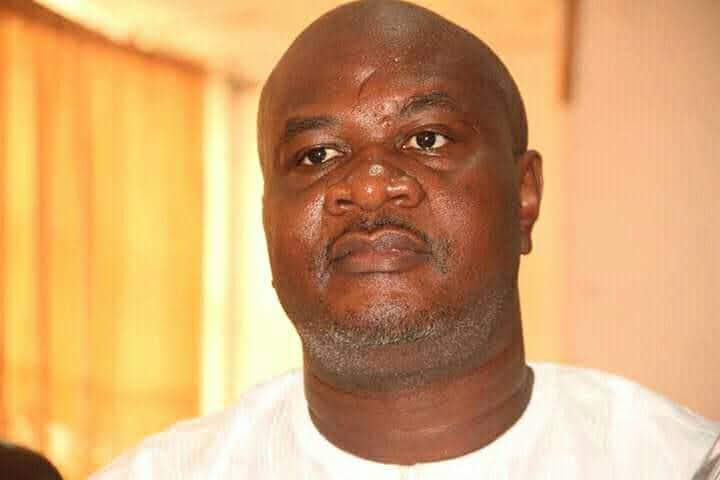 I read a short piece written by one David Alfred Dogwo, with its subjective judgement on the past Distinguish Senators from Kogi East, i. e. Senator Alex Kadiri, Senator Yahaya Ugbane and to crown it all, he referred to Senator Atai Aidoko Ali’s tenure as 8 wasted years at the red chamber.

Ordinarily, I don’t want to join issues with Dogwo, because it is on record in Kogi and beyond, as a known sycophant who had taken sycophancy to the next level, but posterity may not forgive me, having one time or the other, worked with Most Distinguished Senator Atai Aidoko Ali, particualrly in his second term (8th Senate), and conversant with his first term at the 7th Senate, between 2011-2015, 2015 -2019, even though, highly litigated period in the National Assembly.

I may not hold forth for Senator Dr Alex Usman Kadiri, and Senator Nicholas Yahaya Ugbane, whose human and infrastructural developement in kogi east, stand tall in the upliftment of the area and by extension, Kogi state.

For Senator Atai Aidoko Ali whose both first 7th and 8th Senate was marred by litigations, particualrly in the 8th Senate, when eventually his arch opponents sponsored by the ruling party, APC, conspired to remove him and deter development of Kogi East, through Senator (AVM) Isaac Mohammed Alfa.

Read Also:  What Buhari should do in next 17 months

With all the legal crises, Senator Aidoko convened over 200 projects (with documented evidence), that had direct bearing on the lives of the people, from provision of pipe borne water through boreholes, transformers for rural electrification, hospitals, clinics and hospital equipment, rural roads, and to crown it all, he attracted a zonal office of National Biotechnology Developement Agency (NABDA), a multi billion naira project, that will guarantee mass employment opportunities and development of aquaculture in Kogi East, Kogi State and the North Central in its entirety.

It is my wish to remind the writer that Senator Atai Aidoko Ali made his blood brother as the adminstrative head in his office in the Senate, as Senior Legislative Aide (SLA), from Bassa local government, including many developmental projects in the area spaning for the precarious period.

Aidoko provided water, transformers, light, employment opportunities from his accessible office at the 7th and 8th Senate, unlike what is obtainable in the present dispensation at the 9th Senate.

As Chairman Senate Committee on Inter- Governmental Affairs, Federal Character and lately SDGs, a global intervention agency that provides social services and infrastructural development to the rural areas, he did a lot to the betterment of the people of Kogi East.

The ranking advantage of Most Distinguish Senator Atai Aidoko Ali had impacted positively to the unequalled development of Kogi East, Kogi state and Nigeria at large.

Senator Aidoko proposed the establishment of emergency Hospitals in all geo-political zones in the country, to address the frequent accident victims, ailment and emergencies, as well as the ratio of deaths on our road across the country.

He was involved in robust leadership of the 7th and 8th Senate, insulated from executive interferences, with robust contributions in bills, motions and quality contributions on the floor of the plenary.

Distinguish Senator Aidoko was level headed while in office, as the office was a beehive of activities to both visitors, constituents and other members of the public, who daily thrronged his office for assistance, notes, and letters of recommendation, unlike the current dispensation where constituents are disallowed from accessing their Senator or the office.

At party level, Senator Aidoko Ali as the party leader in PDP between 2015- 2019, sponsored the oppossiton party in Kogi state for consecutive four years, along with his colleagues in the red chamber.

This is an addition to the sponsorship of party issues at the Senatorial level by providing funds, logistics and planning to the party, which included purchase of high class Camry cars to Nine local government party Chairmen in 2019, as well as 406 exclusive products to the previous Chairmen between 2015-2019.

Senator Atai Aidoko Ali was the first member of the House of Representatives in the country, that preached against open defecation, and provided alternatives through construction of toilets actoss Ankpa/Olamaboro and Omala federal Constituency, a programme now embraced by the federal government many years after execution in his Federal Constituency.

His forceful removal from the Senate had denied the North Central, Kogi state Senate leadership, as he would have being the most ranking and senior Senator in the 9th Senate, to vie for either Senate President, Deputy Senate President, Senate Leader, or Senate Chief Whip.

No wonder what Kogi state had lost out of dirty politics, other states of the Federation have gained towards the rapid and unequalled development of other areas.

Senator Aidoko’s 8 years in the Senate and 8 years in the Lower House, was not a wasted years, as he is positioned to return to the upper chamber in another dispensation at leadership level, but not as a floor Senator.

Abubakar Yusuf Is A Public Affairs Analyst, writes from Abuja

Dr. Anu Adepoju and Medcontour: The reign of impunity and citizens who are enablers