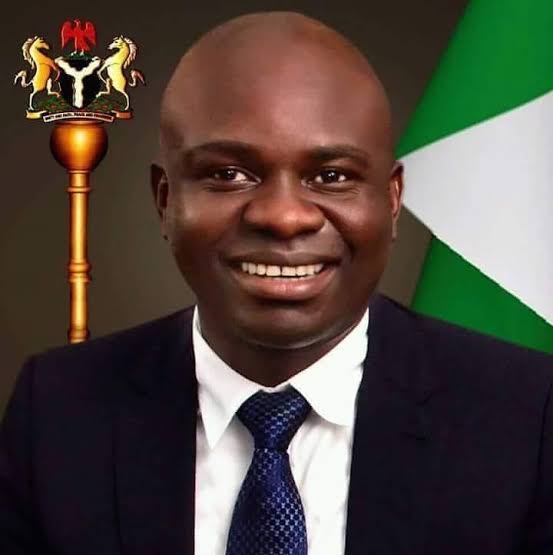 Penultimate Thursday, President Muhammadu Buhari officially presented locally mined gold bars made by the PAGMDI to the Central Bank of Nigeria, CBN, for which they paid the sum of N268m for 12.5kg of gold. Majority of gold deposit in Nigeria is found in the North, while a larger percentage of crude oil and gas is found in the South.

Justifying the move, the President stated that the PAGMDI scheme would help reshape gold mining activities in Nigeria and prevent loss of value to illegal miners and smugglers.

The lawmaker said the whole idea behind PAGMDI was a smokescreen perfected to enable miners be fully responsible for the sale and distribution of their natural resources (gold) in their areas unlike what is tenable in the South.

The Federal Lawmaker, who made this known Thursday through a statement by his media officer, Ibrahim Lawal, further posited that by the structure of PAGMDI, where gold are found, the scheme is 100% derivation revenue while the oil and gas producing communities in the South are getting just 13% derivation revenue.

“The whole PAGMDI scheme is a smokescreen for Resource Control. It is all semantics designed to deceive Nigerians but heavily skewed to favour a particular section of the country. The Nigerian Government had at several times denied the South South, the South East and the South West the right to control their resources, why then will you allow the North to control its resources through the cover of PAGMDI?

“For the benefit of hindsight, let me requote the statement of the President at the presentation as the proof lies in his address.

“The President was reported as saying… ‘
With the implementation of the PAGDMI scheme which will result in the set-up of accredited gold buying centres across key mining areas, artisanal miners and SMEs engaged in mining will be able to capture the value of their work.

“These operations will help in diversifying our revenue base. The sale of gold by artisanal miners and SMEs at accredited centers will help the government in realizing royalties and taxes from the sale of these assets.

“The gold buying programme by the Central Bank will ensure that artisanal miners are no longer subjected to the volatility in gold prices that occurs in the absence of credible off-takers, which has often led to a significant loss in the value of gold sold by miners, as well as in encouraging illegal smuggling. ”

“With the above, which is a clear reproduction of what the President said at the Presentation , it then begs the question as to why the Federal Government has not extended similar rush of gusto to the South South and other regions, seeing the speed at which PAGMDI has become operational in less than 10 months after it was set up?

“Now that the North is in control of its resources as established by PAGMDI, the South South and other regions with natural resources are entitled to control theirs too. The difference is very clear, what we have in the South is 13% derivation revenue , whereas in the North with PAGMDI, it is 100% derivation revenue. What is sauce for the goose is sauce for the gander,” the lawmaker added.