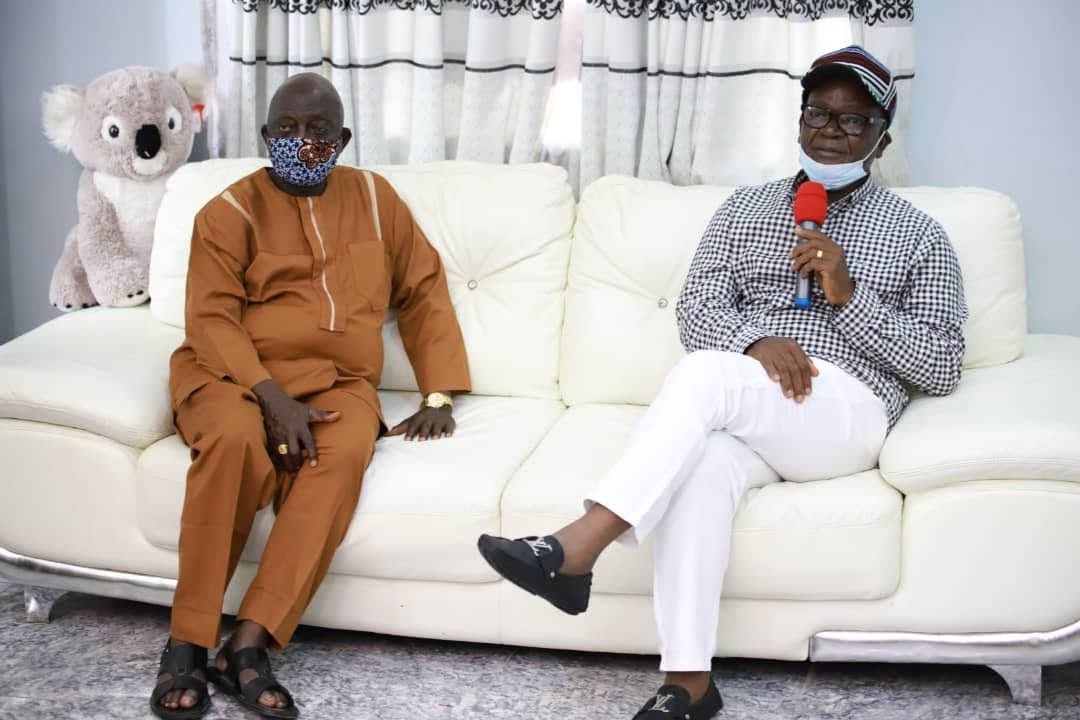 Benue State governor, Samuel Ortom on Tuesday visited Makurdi based business mogul and founder of Tito group, Chief Isaac Akinwunmi who was rescued by security operatives from the hands of his abductors.

The governor commended security agencies in the state for ensuring the unconditional release of the businessman, saying that Police
and other security agencies had done exceptionally well by rescuing the victim unhurt.

He stated that he received the news of Akinkunmi’s kidnap with sadness and had urged members of the public to volunteer information about his abductors and other criminal elements among them.

The Governor noted that the incident was also a wake-up call on security agencies to step up surveillance in order to forestall a reoccurence of the dastardly act.

He described Chief Akinkunmi as a seasoned entrepreneur who had contributed greatly to the economy of the state by investing in agriculture and proving employment opportunities.

Chief Akinkunmi said he was humbled and encouraged that Governor Ortom, out of his very busy schedule, visited to identity with him on his release from the den of kidnappers, pointing out that he was delighted that the Governor showed commitment and concern during his ordeal.

Governor Ortom had earlier in the day, received the Assistant Inspector General of Police recently deployed to Zone Four, Mr Jonah Mava, during which he acknowledged the reduction in criminal activities in the state due to the untiring efforts of the Police Commissioner, Mukadas Mohammed.

During the courtesy call on the Governor, the AIG promised to do his best to ensure that criminal activities were brought to the barest minimum in the state.

Related Topics:GroupOtitoPoliceSamuel Ortom
Up Next