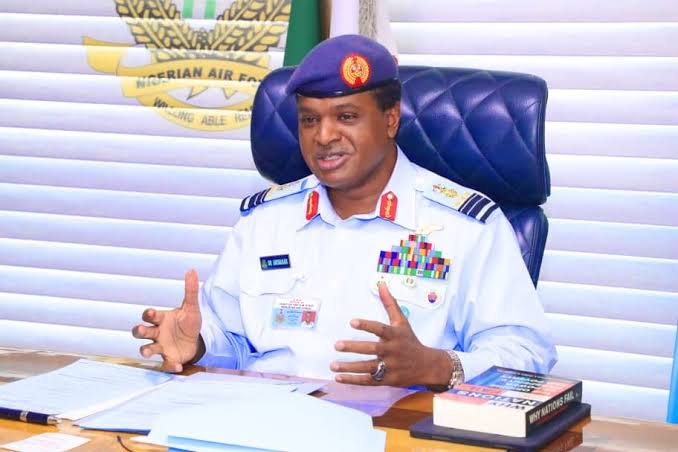 In a statement released by Maj. Gen. John Enenche, Coordinator, Defence Media Operations, to journalists, he explained that the bombardment was based on human intelligence which yielded results.

The statement added that the remnants of the criminal gangs and rustled livestocks have relocated to other places around the forest.

The statement reads: “Air interdiction missions being conducted by the Air Component of Operation HADARIN DAJI have yielded more positive results with the destruction of a new camp belonging to the armed gang headed by the bandit leader known as “Dangote” in the Doumborou Forest area of Zamfara State. The air strike, which also resulted in the killing of several armed bandits, was executed on 23 July 2020 after Human Intelligence (HUMINT) reports as well as series of confirmatory aerial surveillance missions established that members of the gang, along with their logistics items, motorcycles and hundreds of rustled livestock, had relocated from their erstwhile position to new area by a rocky high ground within the Forest.

“The Air Component therefore dispatched an enhanced force package of Nigerian Air Force (NAF) fighter jets and helicopter gunships to attack the location. The attack aircraft engaged the target area scoring accurate hits and taking out some of the bandits. Many others, who were seen trying to flee the location in disarray, were mopped-up in follow-on attacks.

“While commending the Air Component of Operation HADARIN DAJI for their professionalism, the Chief of the Air Staff (CAS), Air Marshal Sadique Abubakar, has urged them to remain resolute in the conduct of air strikes whilst continuing to provide close air support for ongoing ground operations in order to eradicate all armed banHadarin Daji: dits; thus accomplishing the directives of the Chief of Defence Staff (CDS) to restore normalcy in the North West and North Central Zones of the Country.

“You are please requested to disseminate this information, along with the attached declassified short video clip of the attacks, through your medium for the awareness of the general public. Thank you for your usual support and cooperation.

Zamfara, Katsina, Sokoto and Kaduna in the Northwest, have become hotspots for banditry attacks where scores of citizens were being killed lately.

Dismissed police remanded in prison for impregnating own daughter in Niger