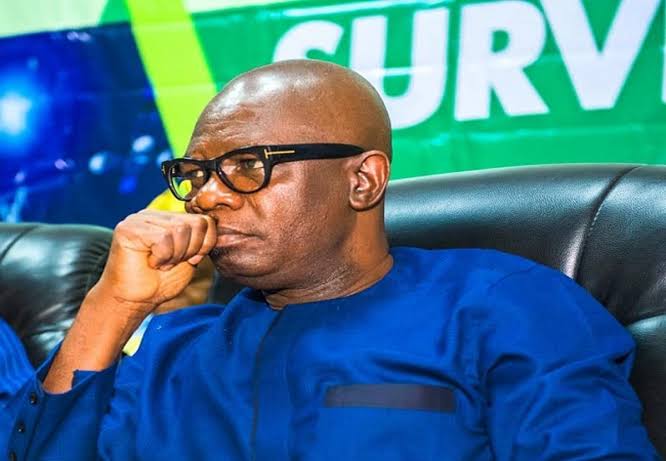 Ondo State Chief Judge, Oluwatoyin Akeredolu has cited a Constitutional infraction for not setting up an impeachment panel against the State’s Deputy Governor, Mr. Agboola Ajayi.

He the setting up of the panel would impinge on Section 188 (5) of the 1999 Constitution of the Federal Republic of Nigeria as amended, hence it’s inappropriate for him to do it.

The Chief Judge said in a letter dated July 9, 2020, that the request earlier made by the State House of Assembly for the setting up of of a 7-man probe panel ran short of the Constitutional requirement.

14 out of 26 members of the House, on Tuesday, had signed a notice of impeachment of the deputy governor.

The lawmakers ordered the State Judiciary to go ahead with the investigation of the Deputy Governor, with nine State Assembly members kicking against the move.

Meanwhile, the Deputy Governor had earlier sought Court injunction stopping the process of impeaching him.

According to the chief Judge “I wish to draw the attention of the Honourable Speaker of the House of Assembly of Ondo State to the provisions of the Constitution of the Federal Republic of Nigeria 1999 (as amended).”

He explained the constitutional requirements as stipulated in Section 188 (1), (2) (a), (b), adding that there was a court proceeding on the matter.

“In view of the foregoing, the Hon. Members of the House of Assembly have not completed the constitutional process that would lead your very good self to invite my humble self to set up a panel of 7 to investigate allegations of gross misconduct as stipulated in the Constitution.

“Furthermore I wish to bring to your notice the copy of letter which I received earlier today from Kayode Olatoke, SAN which letter tells me clearly that the matter of impeachment of Hon. Alfred Agboola Ajayi, Deputy Governor of Ondo State is subjudice.”