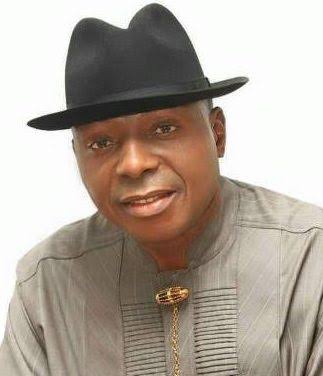 The Deputy President of the Senate, Senator Ovie Omo-Agege has felicitated with the lawmaker representing Delta South Senatorial District, Senator James Manager on his 60th birthday

In a congratulatory message he personally signed, Senator Omo-Agege described the ranking lawmaker as a patriotic and reliable individual who has contributed immensely not only to the advancement of Delta State but to Nigeria as a whole.

Omo-Agege who doubles as Chairman, Senate Committee on Constitution Review, commended Senator Manager for devoting his life to public service with extraordinary courage and diligence.

While emphasising that the legislator remains an inspiration to many, Omo-Agege lauded him for his commitment to nation building.

“Without question, you stand tall as one of the few lawmakers that have preserved the institutional memory of The Senate and you have written your name in gold.

“You have devoted your life to public service with extraordinary courage, resilience and tenacity of purpose. We appreciate your commitment and the incredible amount of work you have done

“For two decades, you have served the National Assembly in different capacities with distinction.

Since the Fourth Assembly in 2003, you have served in the Senate Committees on Works, Niger Delta, Power, Judiciary, Human Rights and Legal Matters, Constitution Review among others.

“In these aforementioned positions, you have served with distinction, working tirelessly to attract important development projects to your constituency and advance the socio-economic development of Delta State and Nigeria in general.

Read Also:  Is Nazareth in Israel or Palestine?

“On behalf of the people of Delta Central Senatorial District, I send my congratulations and best wishes and thank you for your selfless service to humanity and the nation as you mark your 60th birthday”, Omo-Agege said.