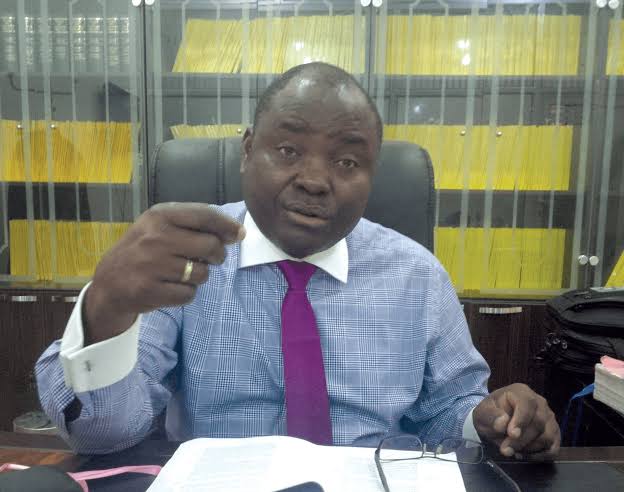 Abuja based Senior lawyer, Jibrin Samuel Okutepa has lauded the Ondo State Chief Judge for declining to set up impeachment panel against the Deputy governor, Me. obedience, fidelity to constitution.

Okutepa (SAN), said the Chief Judge’s action amounted to obedience and fidelity to constitutional duty which his lordship sworn to defend and uphold by refusing to be coerced.

CAPITAL POST earlier reports that the Chief Judge had declined to the State House of Assembly’s request to set up a seven man panel to investigate the Deputy Governor of Ondo State.

In a statement which he personally signed and made available to journalists in Abuja, Okutepa described the development as a right step in the right direction.

“This is what a judicial officer should do. That is a CJ that knows his onions.

Okutepa explained that, late Justice Nasir Ajanah failed to stand his ground when he was confronted with the same situation, noting that he got involved in constitutional illegality, when Kogi State House of Assembly told him to do so.

He said the impeached Kogi Deputy governor, Elder Simon Achuba went to court to challenge the removal and he succeeded.

“His lordship CJ of Ondo State, Hon Justice Oluwatoyin Akeredolu will go down in history as the first CJ that refused to set up a panel to investigate the Deputy Governor when litigation was pending.

“He said it was sub-judice.
That is what a good judicial officer should do. Kudos to Akeredolu CJ. There is no doubt that the political class who want the Deputy Governor removed may not find the decision of his lordship palatable and acceptable.

“But all right thinking members of the legal profession must stand up and applaud the bold decision of Akeredolu CJ.”

“The example of Akeredolu CJ must be copied by all heads of courts and other judicial officers when faced with decisions to defend our constitution.”

“For me Akeredolu CJ has done the right thing even if heaven falls even though heaven has never fallen and it will not fall.”

The called for an end to political rascalties and end political injustice through a coordinated determination by all stakeholders in order to end electoral disputes.

EFCC: Pro, anti Magu in war of words on ‘twitter’