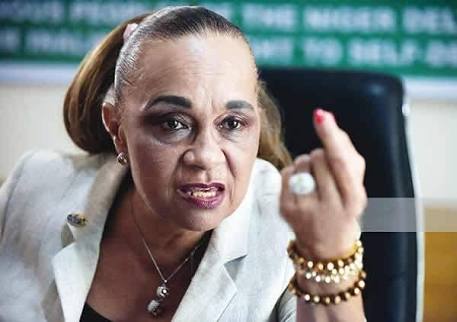 Niger Delta activist, Annkio Briggs has reacted to the ongoing parliamentary investigation into activities of Niger Delta region, where a whopping sum of N81.5 billion was alledgedly embezzled within three months.

In a live interview with TVC news, which was monitored by CAPITAL POST in Abuja on Friday, she explained that the NDDC’s mandate has never been impactful in the last 20 years of the agency’s establishment.

According to her, fraud has been a mess which the people of the region have been living with, noting that those controlling the resources of the NDDC lives in Abuja.

“The crisis that the NDDC is going through now is a direct result of the systemic failure that was put in place in the course of running the agency starting from the time of its inauguration.

“Systematically, there is a failure of the Niger Delta Development Commission in the lives of Niger Delta people in well over 20 years.

“There is absolutely nothing to show for now. Where we find ourselves as a people in this mess is certainly unbelievable.

Speaking on the much talked about forensic audit, she stressed that it was not a genuine intention of government to carry out a forensic audit of the agency.

“For instance, if N100 billion hypothetically, is what has been stolen or not; you find that 90-95% is outside of the Niger Delta and it’s about 5-10% is what the Niger Delta people are responsible for and has to answer for.

“So, the question to ask is why the desire really is on the lips of the people in government? They do not want to carry out this audit and that is why you see the drama that is playing out and that has been playing out.

The activist asked President Muhammadu Buhari to immediately disband the Interim Management Committee, to pave way for the probe of NDDC, insisting that the Niger Delta people want to know the true situation of things.

“The IMC that was put together; that was headed by Joi Nunieh and am advocating that they should go. The whole IMC should go. Let the audit take place and let us know what is happening at the NDDC.