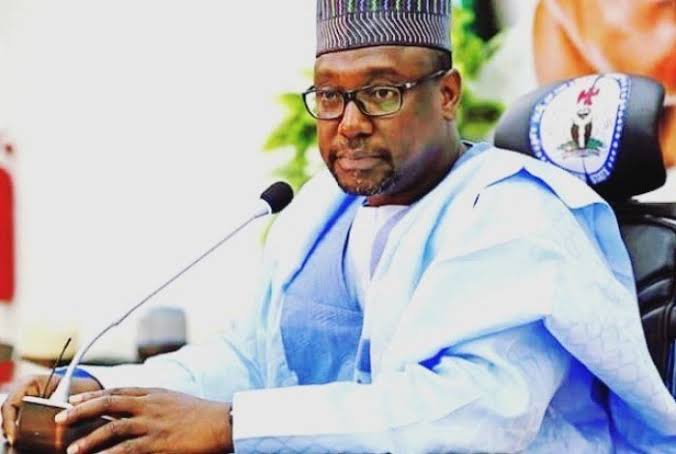 Director General of Niger State Pension Board, Alhaji Mohammed Usman Tinau has disclosed in Minna that a whopping sum of N5.778 billion pension fraud has been discovered.

Addressing Journalists at a news briefing in Minna, he explained that the board would refer the matter to EFCC for further investigation, adding that those whose names appeared on the report would be invited for discussion so as to recover the state assets from them.

“A monumental fraud amounting to N5.778 billion naira has been traced to 15 former management staff of NIger State Pension board.

CAPITAL POST further invesrigation revealed that the amount was the contributary pension scheme (CPS), being deducted from the civil servant from 2009 to 2012.

The State civil servants contributed 7.5 percent of their monthly salary while the goverment contributed 10.5 as part of its contribution towards their retirement as gratuity.

Already, those fingered in the alledged diversion of the pension funds have been identified and plans were on to invite the Economic and Financial Crime Commission ( EFCC), to invite them for questioning.

Morese, the Pension DG disclosed that foresenic audit report has confirmed that N5.778 billion pension funds is missing “and this was because the money did not pass through the pension board, 15 persons were mentioned in the report and any body identified would be invited for a discussion on the matter”, he insisted.

Read Also:  Nigeria would be buried if Ortom is killed - Wike

According to the Director General, Niger State had in 2015, suspended the contributary pension scheme. (CPS), as a result of the then administration of governor Mua’azu Babangida Aliyu.

“The scheme was however, resumed by the present administration for the benefit of workers.”

He explained that the State decided to resume the scheme following a recommendation by a Committee set up by the State government headed by the Deputy Governor Mohammed Ahmed Ketso.

Usman Tinau, argued that the old pension scheme had a lot of challenges but, the CPS guaranteed that at the end of retirement, employees are sure of getting their entitlement in lump sum and monthly pension promptly as well.

“Deductions from CPS started from June 2020, and the system exempted those employees from 1992 downwards.

Gbajabiamila assures funding for fight on gender based violence