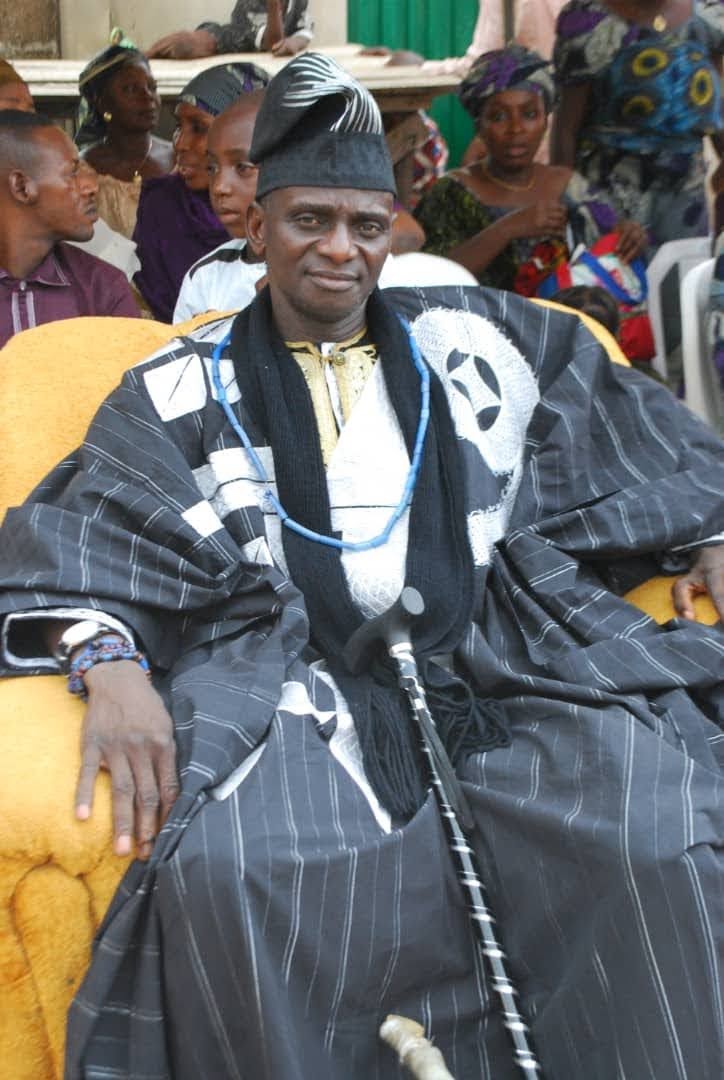 The Onu Igala in Kaduna State, Chief Joseph Daikwo has lamented that Igala people have been relegated to the background in Buhari’s administration despite their immense contribution to the socio-political wellbeing of the nation.

In an exclusive interview with CAPITAL POST’s Managing Editor, Dr. Moses George on Monday, the monarch advanced injustice as reasons for agitation. Excerpts:

What is your view about the agitation for the creation of Biafra being spearheaded by IPOB?

Peaceful agitations are legitimate, and Igbo people have the right to such expressions like every other part of Nigeria. If you look at the whole scenario objectively, you will realize that what ignited the three years Nigeria’s civil war that ended in 1970 has probably not been addressed yet. The Igbo people are speaking out largely because they claim to have been marginalized.

They are speaking out because they feel that they are not being carried along in the sharing of Nigeria’s commonwealth. You can see the reflections of this claim in the poor living conditions and non availability or dilapidated basic infrastructures. However, let me state categorically that I do not subscribe to a situation where violence of any magnitude would be used in the process. Since there are civilized ways of addressing such issues, they should be mindful to operate within such widely acceptable standards.

Let me state clearly that the Igala nation can never be part of the agitation for the creation of Biafra. If the Igala people must agitate, they will do so independently without being under the umbrella of the IPOB or any Igbo group for that matter. Don’t forget that the Igala people had a history of leadership in Egypt long before they migrated to what is now known as Nigeria. Come to think of it; the Igala people should also agitate and make their voice heard over since they have also been neglected. Yes, we have also been greatly marginalized in every sense of the word. Take a trip to Igala land and what you will see is pitiable.

The Igala people who have a reputation for their leadership qualities are now victims of deprivation under a government that they helped to install. What an irony! With every sense of objectivity, I make bold to say that given their leadership antecedents, the Igala people should be given the opportunity to rule this country. Believe me; they will turn around the fortunes of Nigeria within eight years, and every tribe and ethnic group will be better off.

It is very sad and depressing that good roads and other basic infrastructures that will make life more meaningful for the people are practically nonexistent. Our legislators at the National Assembly who would have spoken on behalf of the people and lobby to attract development to the land are doing nothing in that direction. It is obvious that they and their political godfathers do not have the interest of the people at heart. We all know that their primary interest is not the welfare of the people, but self aggrandizement.

Let me add that we are grateful to God for the present Attah of Igala, His Royal Majesty Idakwo Michael Oboni. His royal majesty is uniting the whole of the Igala nation together so that we can speak with one voice and chart a new cause that will stimulate development for the benefit of all and sundry.

Even in the area of appointments, our people have been short changed. Since the advent of the Buhari administration, the Igala people have not been adequately represented in the federal cabinet. Consider this, as a Senior Advocate of Nigeria, late Ocholi was eminently qualified to be a substantive minister. Instead, he was made a junior minister to serve under Ngige in the Labour Ministry. When Stephen Ocheni who is a professor and an outstanding technocrat was appointed as Ocholi’s replacement, he was also made a junior minister. Were these two not qualified to serve as substantive ministers of the federal republic of Nigeria? Are there no qualified people in Igala land to be appointed as substantive ministers? The only explanation for this error is that the Igala people are among the most marginalized group of people in Nigeria. What is our crime? Was it the massive support that we gave to Buhari during elections that is working against us? Now see how we are being paid back

On this note, I want to use this platform to appeal to President Buhari to remember the Igala people who have suffered neglect for so long, even by successive governments. Buhari should not forget that we are not only an integral part of this country, but we also gave him overwhelming support during his election and re – election.

The rate of crime in Nigeria has continued to rise astronomically to the point that one may conclude that the Buhari administration does not know what to do to curb this persistent menace. What is your take on this?

Every responsible government should make the security of the lives and properties of its citizens a top priority. Since the rate of crime has continued to increase all over Nigeria, it is an indication that the government needs to do more in this area. Our government has everything it takes to deal with this threat. President Buhari should wake up and put out this menace, before it gets out of hand. The president and his team should also come with initiatives that will help young people create or secure jobs. In the absence of gainful employment, the rate of crime will increase continually.

People have been reacting to the administration of Governor Yahaya Bello of Kogi State with mixed feelings. Being a young man, so much enthusiasm trailed his assumption of office at that time. However, all that seems to have diminished now. What is your assessment of the government in Kogi state?

On a personal note, I have nothing against the governor. However, it is apparent that up to this point, Alhaji Yahaya Bello has failed woefully as a leader. There is absolutely nothing tangible on the ground for his administration to show apart from the clearing of bushes along some highways in the state. Would you call that an achievement?

Presently, most of the infrastructures that are in place in Kogi state today are initiatives of late Prince Abubakar Audu, Alhaji Ibrahim Idris and Captain Idris Wada. So, where are the achievements of Alhaji Yahaya Bello since he became governor of the state? I have met one on one with the governor, and I would like him to know that leaders are only remembered by the legacy that they bequeath on their people when they have left the stage.

What legacy does Bello want to leave behind when he ceases to be governor? I would advise the governor to start thinking seriously of something that will make the people applaud and celebrate him long after he has left. Alhaji Yahaya Bello should wake up to his responsibilities of providing purpose – driven leadership for our potentially great state. .

Lockdown: FRSC is collaborating with other agencies in enforcing compliance – Bisi Kazeem