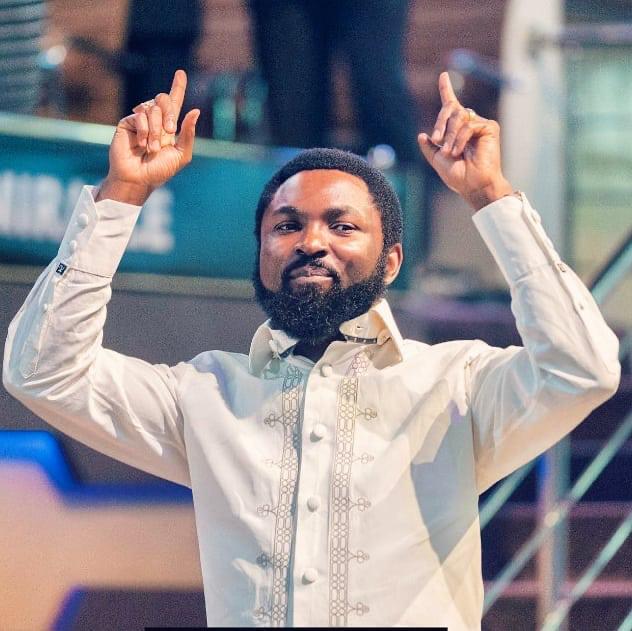 The story surrounding the former EFCC boss, Mr. Ibrahim Magu is no longer new, hence, there is no need dissipating much energy in flogging an already dead horse.

One of the biggest fake news in Nigeria today as carried by a government agency, News Agency of Nigeria (NAN) is the alleged involvement of a Prophet of God, Pastor Emmanuel Omale.

One wonders why a renowned government news outlet would descend so low as to engage in peddling fake news aimed at rubbishing the hard earned reputation of the man of God.

Indeed, It is good news that the National Assembly is busy pushing for social media controls in Nigeria.

Prophet Emmanuel Omale is not an accidental Prophet of God, but a creation of God Almighty with special gifts. For those who know him from “Our Lady Of Schools” Anyigba, the current prophetic activities of Prophet Omale are not new. There is no amount of fake news that would bring down a man born with special anointing as this. The design of NAN is similar to the activities of Pharaoh whose purpose was to truncate God’s prophecy for humanity. Let it be known that there is no amount of media abracadabra that would frustrate God’s mission.

Read Also:  Dunamis at 25: The triumph of calling and character

Although the man of God through his lawyer has sought the retraction of the fake and malicious news, there is urgent need for constituted authorities to check how media houses are being used by some elements to achieve devilish personal purposes such as linking Prophet Emmanuel Omale with being used by the former EFCC boss to buy property and money laundry. It is not just ridiculous but has already put a question mark on the indictment of Magu without trial. Yes, media trial in Nigeria is no longer news but while engaging in such dirty assignments, there are some individuals that must be spared as a result of their pedigree, and Prophet Emmanuel Omale is one of such.

While the News Agency of Nigeria is yet to openly retract the reckless and malicious publication, the Nation Newspaper has openly tendered an apology to the respected ilk, Chief Femi Falana who was also accused of collecting 28 million naira from the embattled EFCC czar. The petition from Magu to Justice Ayo Salami-led probe panel has once again reminded us of the need for the media houses to tread with caution as reputation is very key.

It is shocking that the government that is calling for media censorship and control is directly guilty of the same offense. Before now, it was widely believed that news media (social media) took the lead in spreading fake news but with a renowned media house like NAN involved in this misleading and misinformation assignment, it is obvious we have a lot of war to fight against fake news.

It is on this basis that we hereby conclude that the report being referenced is yet another cheap attempt by an uninformed writer/journalist whose only aim is to achieve prominence by bringing the person of an exceptional prophet from childhood to disrepute.

Consequently, we condemn and discard the report in its entirety as it is totally false and misleading. We also kindly advise Nigerians to do same and see this as a reiteration of prophet Emmanuel Omale’s unquestionable Integrity.