The group said, security is a primary responsibility of government in which millions of human and capital resources have been committed under the Constitution of the Federal Republic of Nigeria, 1999 as amended.

The group noted that allowing Fulani herdsmen bearing arms would create uncontrolled security crisis, hence, they expected Kogi State Governor, Alhaji Yahaya Bello to openly speak out against the development in the interest of the State.

In a statement issued by the group’s National President, Dr Goodman Akwu and sent to CAPITAL POST on Thursday, the socio-cultural group maintained that insecurity in Kogi State is largely orchestrated by the Fulani herders who daily maimed farmers and rage villages, noting that it would not accept Fulani vigilante under any guise in the State. push({});

The group stressed further that kidnappings, high profile robbery and all forms of abductions have been largely carried out in Kogi, allaying fears that the group who are pastorals cannot be tracked in bushes.

“How can elements who abode in bushes be allowed to bear arms in the guise of vigilante and if they kill and maime and retreat to the bush, who would go after them?

“Some criminals who have been apprehended by security operatives that have confessed are Fulani herders and it is unacceptable to allow these people to establish a vigilante in Kogi State that is currently battling with insecurity.

“We want the State Governor to openly speak against this development like his counterpart are doing in other States. 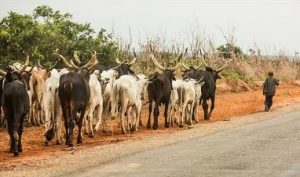 Dr. Akwu argued that the conventional vigilante groups are monitored. They live among the people and neighbours to each other in towns and communities who could be tracked and arrested if anything go wrong, wondering how can a Fulani be arrested if he disappears into the bush after committing crime.