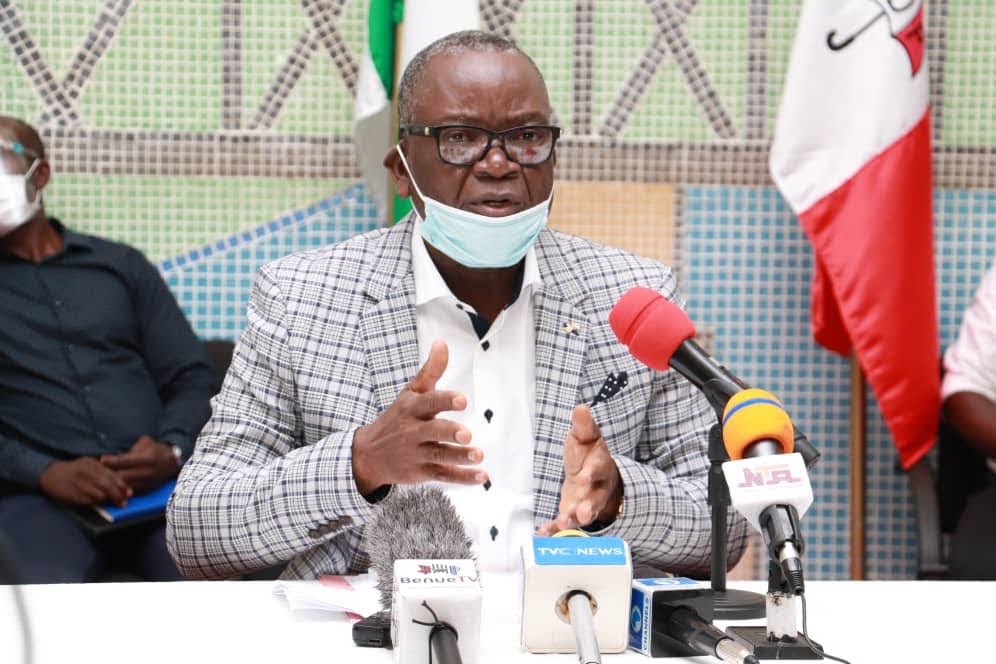 Governor Samuel Ortom has said that useful and timely information would help security to burst crimes before they occur, saying that people should always assist security operatives.

Ortom, who made the call on the people of Benue State on Tuesday, the citizens have obligation of always passing “timely and useful information to security agents to help them combat kidnapping, cultism and other crimes. ”

While briefing the press after the State Security Council meeting he presided over, the governor said i”ntelligence gathering remains key to the war against criminals.”

He commended security operatives in the state for their proactive and gallant efforts in ensuring peace and vowed that criminal elements operating in the state must be brought on their knees.

Governor Ortom also commended some of the newly sworn-in Council Chairmen for the measures they are taking in tackling insecurity in their domains, urging them to sustain the tempo.

He said the N50 million reward the State Government promised to reward anyone with information leading to the arrest of wanted man Terwase Akwaza, aka Gana, still stands, restating the resolve of his administration to make life unbearable for criminals.

According to the Governor, council also took far reaching decisions to end the pockets of land disputes involving some communities which have agreed to give peace a chance.

He said the security of lives and property would continue to be a priority of his administration, pointing out that without peace, there would be no meaningful development in the society.

Related Topics:BenueGanaSamuel Ortom
Up Next

Tenure controversy: NASS staff demand immediate removal of Sani-Omolori, others to save institution