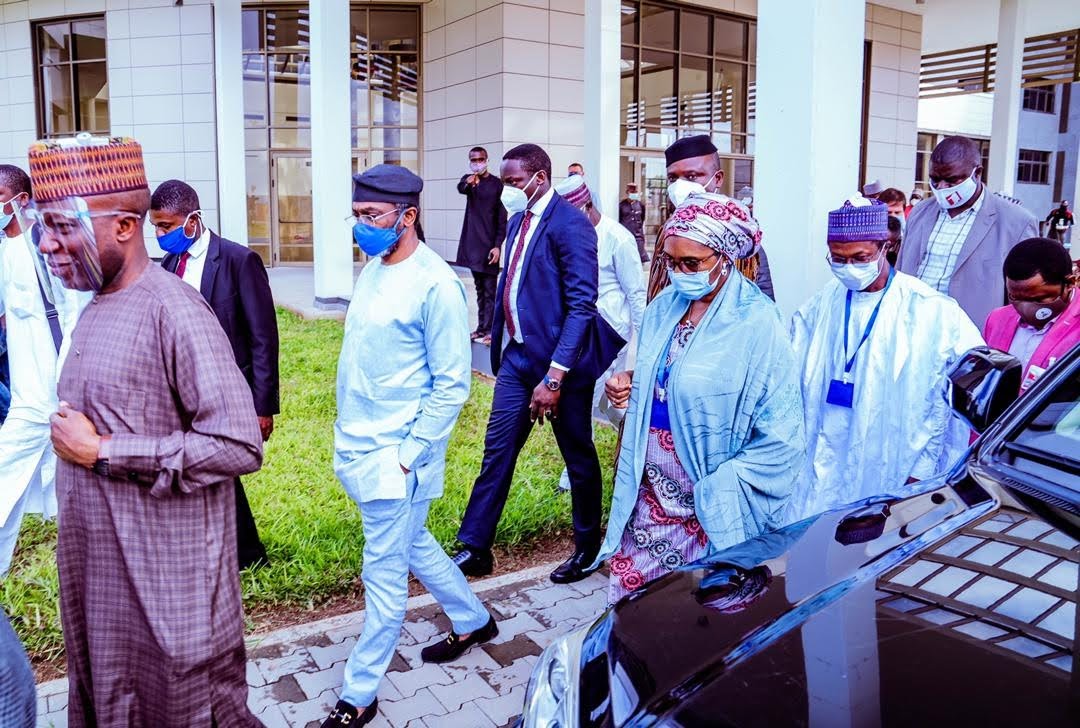 The Speaker of the House of Representatives Rep. Femi Gbajabiamila has assured that the permanent site of the National Institute for Legislative and Democratic Studies (NILDS) would soon be completed and put to use.

Gbajabiamila expressed satisfaction at the level of work on the multi-billion naira project on Friday in Abuja while on an inspection tour of the project alongside the Minister of Finance, Budget and National Planning, Zainab Ahmed.

The Finance Minister also gave her assurance that the project would not be allowed to waste due to paucity of funds.

Expressing his delight at the level of completion of the edifice, Gbajabiamila said, “Clearly, with what I’m seeing, the facilities here are comparable to anywhere in the world, with the 95 per cent completion.

“I’m here with the Honourable Minister, who signs the cheque to try and see to its completion. It is good for Abuja, it’s good for the institute, it’s good for Nigeria. The facilities we saw here are very impressive: the electronic library, the halls, the 1000-seater auditorium and several other facilities required for the Institute of Legislative Studies,” he said.

On her part, the Finance Minister also expressed satisfaction with the level of the project, which she said was not for the use of the legislature alone but also for researchers within and outside the country.

“What we’ve seen is very impressive. We’ll try our best to see that this project is quickly completed and put to use so that the investments that have been made here can have the impacts for which it has been designed.”

The Director-General of the Institute, Prof Abubakar Suleiman took the Speaker and the Minister as well as their teams on a tour around the complex.