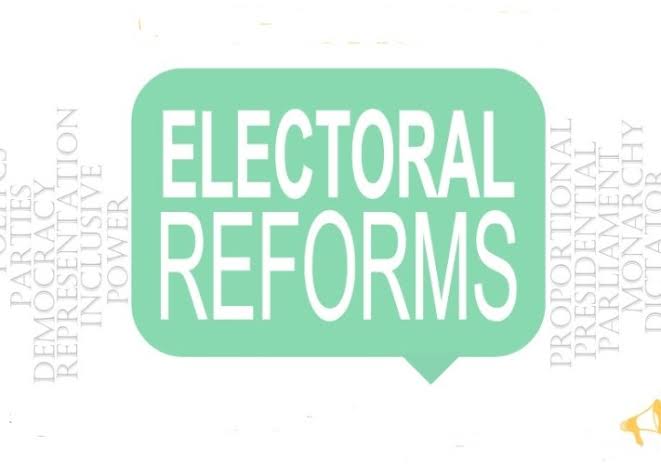 About five thousand Nigerians have signed an online petition on Chnge.org entreating the National Assembly to place high premium on electoral reforms and halt its annual vacation until the Electoral Act amendment bill is addressed and passed.

The petition was initiated by Center for Liberty (CFL), a non-governmental organization that is presently focused on Electoral Reforms, among other core issues bordering on democratic governance and social change in Nigeria.

It would be recalled that the 9th Senate had since stayed action on the Bill for an Act to Amend the Electoral Act (No. 6) 2010 and Other Related Matters, 2019,’ sponsored by the Deputy President of the Senate, Senator Ovie-Omo Agege, which was passed for second reading, earlier this year, March 2020.

According to CFL Project Lead, Ariyo-Dare Atoye, Nigerians are entreating members of the National Assembly to put personal interest aide by giving the country Electoral Act 2020 (Repeal and Re-enactment).

Petition reads: “Electoral Reforms now represent a major Citizens Charter of Demand to the National Assembly for the year 2020. Ten years after Electoral Act 2010 was passed, Nigerians are eager to have Electoral Act 2020 (Repeal and Re-enactment).

“We dare say that there is no better legacy on Electoral Reforms, than to give Nigerians a brand new Act this year. It is now the most sought-after legislation in the country by the generality of the people. And, with the modest effort already made by the 8th Session of the National Assembly on Electoral Reforms, in which the current principal officers were major actors, the people are of the firm opinion that Electoral Act 2020 should be a walk in the park for the 9th.

“This is coupled with the fact that President Muhammadu Buhari had expressed his willingness to sign the last amended version forwarded to him, only if the ‘Electoral Act will come into effect commencing after the 2019 General Elections.’ An indication that the we almost had the bill signed, except that the current idea of Repeal and Re-enactment is a welcome development.

“We are, therefore, compelled by the reasons above to, in the best interest of Nigeria’s democracy and her overall well-being, earnestly entreat the Nigerian Senate to halt its plans to go on its annual recess this year until the Electoral Reform Bill is passed.

“We further acknowledge that this would likely cause inconveniences to distinguished lawmakers, but as has been evident in this trying time, the Nigerian people need the effervescent direction of its leadership strata at all levels, and in this case, Electoral Reform will guide the country to her destined path of Credible Elections and Electoral Justice, just as it will cast the name of the members of the Ninth Hallowed Chamber in gold,” the petition stated.