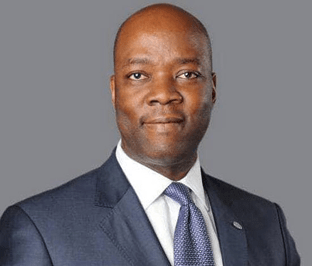 Our keen interest in the Banking sector is borne out of the special interest we have in you our teeming readers and supporters. It is pertinent, we put to you the opportunities which abound in the banking industry and the thin differences embedded in each financial institution.

Financial institutions in Nigeria have played vital roles in putting substantial measures in places particularly, through the process of allocation of funds to those areas they think would be more productive.

The roles played by the financial institutions have made it possible for members of the public to access financial products and services from the banking industry.

The topic, Financial institutions and the public is an inexhaustible one. Especially when we consider how these institutions fund small scale businesses. They all have keyed into this, providing short term credit or what small scale businesses called ‘working capital’ has helped small enterprises run their day to day business by securing facilities for the purpose of buying raw materials and paying off bills and other over-head expenditure.

We would take a quick look at a financial institution, which has embraced the Technological advances in the financial world. This has helped the bank to stand out as a leading institution in the country, despite the dwindling economy.

Interestingly, Ecobank is one of the largest banks in Nigeria and indeed Africa today, Ecobank has made its impact felt in the shores of Africa, especially as it concerns financial development and introduction of a wide range of products into the polity.

Ecobank Transnational Inc. (ETI), who prides itself as a pan-African banking conglomerate, with banking operations in 36 African countries has succeeded in endearing itself to its customers through a range of products and services that melts the heart. A leading independent regional banking group in West Africa and Central Africa, serving wholesale and retail customers, Ecobank has introduced a wide range of products and has its tentacles spread in all African regions in the world.

Appointed in July 2018, as the Managing Director and Regional Executive of Ecobank Nigeria, Patrick Akinwuntan has done splendid wonders in the enlargement of the Bank’s tentacles across Africa. Mr. Patrick Akinwuntan, who once served as the Head of Commercial Bank for 3 years, before rising through the ranks to become the MD, helped in pushing the Bank’s ambition of being present in 13 countries to being operational in 30 countries.

To achieve scale and improve the efficiency of local distribution, Akinwuntan led EcoBank in putting a strategy that allowed the bank operate one platform across the group. Patrick was tasked with the responsibility of building a pan-African technology platform, building Pan-African switch and having one common domain; ecobank.com.

While the mandate of eProcess is to manage the Group’s information technology function with a view to ultimately centralising the Group’s middle and back office operations to improve efficiency, service standards and reduce costs.
Categorically, Ecobank boasts to have one of the largest networks of Branches and ATMs across the nation.

With a branch network of 1, 305 and networked ATM numbering 1,981 across Nigeria, Ecobank definitely is a large financial services provider. With offices in 36 countries around the world, and presence in 36 sub-Saharan countries, Ecobank’s customer base was estimated at 13.7 million across the globe, with 9.6 million (70.2%), located in Nigeria, the continent’s most populous nation.

They have made it easy for agencies to access grants or loans from the financial institutions, and these loans and grants come in form of support service to these agencies who work for the development and promotion of the nation.

However, there is a need for a suitable framework such that will foster speed and the ability to act promptly, by these banks. In as much as we appreciate their services and products, a swifter means of delivery would be appreciated. This would make their services more effective, and this would avoid any adverse condition that could have impacted negatively on the financial institutions.

It is believed that, by virtue of the role played by the financial institutions in growing the nation’s economy, the regulatory body, CBN would ensure ultimate improvement in stabilizing the financial institutions and the economy by providing considerate prerequisite for their operations. If financial markets, like the bond market, and the stock market, and the foreign exchange market are well functioning, the likelihood is that such an arrangement will bring about high economic growth.
Subsequently, when there is an immense extension of the financial instruments, there would be lessening in transaction costs which in return would grow our economy.

Olamide Adeniji is a member of the Editorial Board of TheScript Newspapers.