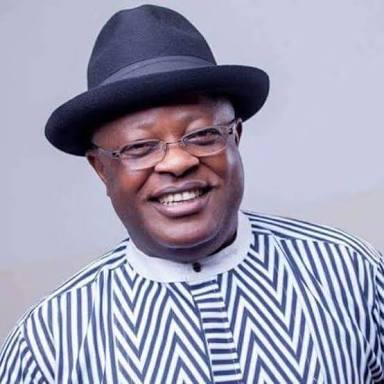 In a statement which he signed on Saturday, the Southeast governor revealed that himself and some of his aides have the coronaviris after undergoing the COVID-9 tests.

The governor stressed that he and his affected aides have gone into isolation in line with protocols laid down by the Nigeria Centre for Disease Control (NCDC).

He however, said, his deputy, Mr. Kelechi Igwe should take governance in the State in order to provide coordination of the state’s fight against the pandemic to protect people of the State.

He promised to work from home, attend meetings virtually, while he appealed to the people of Ebonyi state to take the NCDC protocols more seriously.

According to the NCDC, Ebonyi has recorded at least 438 cases of the virus, as of Friday evening. Also, about 357 persons have been successfully treated and discharged while three have died.