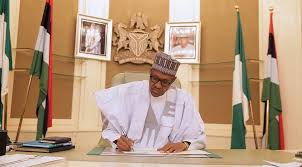 The Acting Managing Director of the Niger Delta Development Commission (NDDC), Prof. Kemebradikumo Daniel Pondei has disclosed on Thursday that President Muhammadu Buhari approved that the sum of N3. 14 billion be spent on emergency intervention on COVID-19.

In a prepared script to respond to several allegations of financial recklessness in the NDDC by the Senate Ad-hoc Committee led by Senator Olubunmi Adetukunmbi, the Acting Managing Director insisted that Buhari’s nod was the reason such funds could be spent.

He said: “The allegation that the Interim Management Committee have misapplied/paid out the sum of N40 billion since inception is not true.

“Before responding to this issue, we will place it on record that the IMC have not initiated any new projects that form the basis of any payments other than the Emergency Intervention on COVID-19 that was ordered and approved by the President and Commander in Chief of the Armed Forces. adsbygoogle || []).push({}); ”

The public investigative hearing on the alleged “NDDC N40 billion fraud”, which started on Thursday left much to be desired as can of worms were being revealed that, within three months of the current Interim Management Committee (IMC) funds have been spent in a manner that financial due processes has been jettisoned.