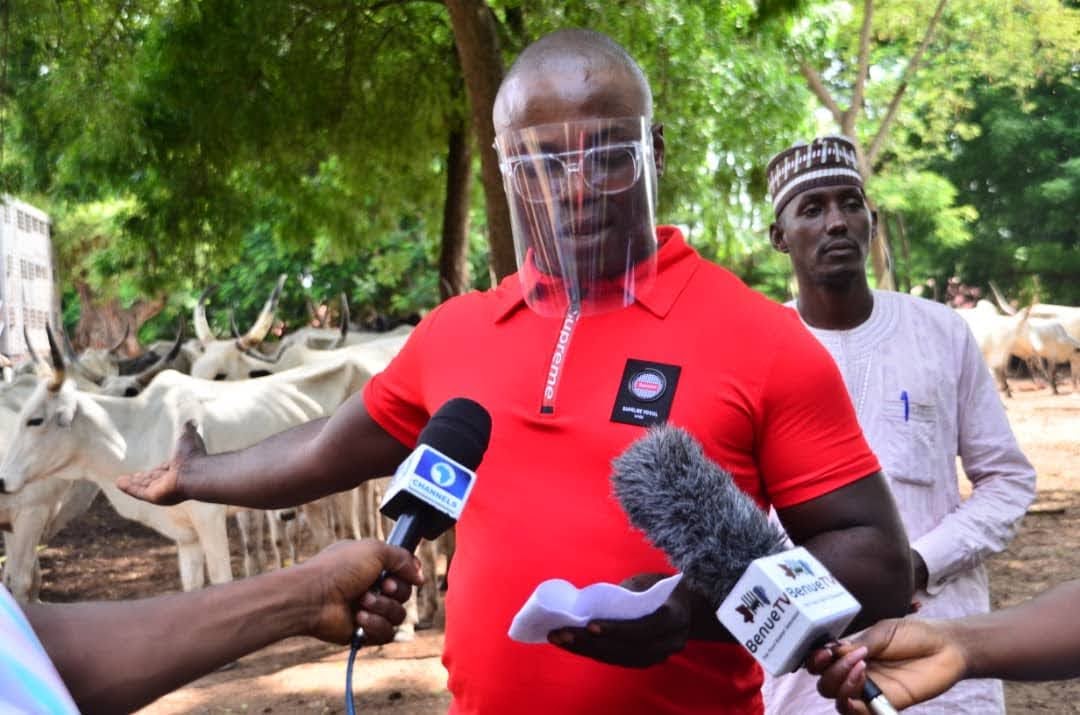 The Commander of Benue State Livestock Guards, Mr. Linus Zaki has announced on Friday that 92 cows have been impounded for contravening the Open Grazing Prohibition and Ranches Establishment Law of the state.

Displaying the animals in Makurdi, before journalists on Friday, he said that 60 cows were impounded in Ohimini and 30 in Logo Local Government Areas, saying that owners of the affected livestock must pay the stipulated fines to get back their cattles.

Mr Zaki emphasized the determination of the Guards to the enforcement of the legislation, saying that animals which have been kept in ranches were also enjoying the protection according to provisions of the law.

Special Adviser to the Governor on Security Matters, retired Col. Paul Hembah expressed the commitment of Governor Samuel Ortom to the rule of law and the safety of Benue people.

He said: “a situation where cattle owners abandon hired herders arrested by the state Livestock Guards to their fate and hire new herders to look after their animals would not be condoned.

“There is a need for the amendment of the law to also provide punishment for erring livestock owners.”

The Security Adviser noted that the ranching law was aimed at encouraging cattle rearers to embrace modern ways of animal husbandry which could also encourage western education for the herders.

Secretary of the Miyetti Allah Cattle Breeders Association of Nigeria in Benue State, Malam Ibrahim Galma promised to step up sensitisation of herdsmen on importance of the grazing law which he noted was more beneficial to them.

Mr. Galma who was on the site where the cows were impounded, expressed gratitude to the State Government for its cooperation and understanding while enforcing the law.

Related Topics:BenueCowsOpen Grazing
Up Next