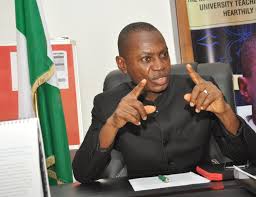 The Honourable Commissioner for Health and Human Services, Dr. Ongbabo Sunday has resigned his appointment.

His reasons for the resignation waa not immediately revealed by either the State government or himself.

Ongbabo, aside being the Health Commissioner, is also the Secretary of the state COVID-19 Action Committee and had been at the forefront of fighting the pandemic in the state.

Governor of the State, Samuel Ortom has accepted his resignation letter.

He said: “The Governor thanked Dr Ongbabo for his service to the state and wished him well in his future endeavours”