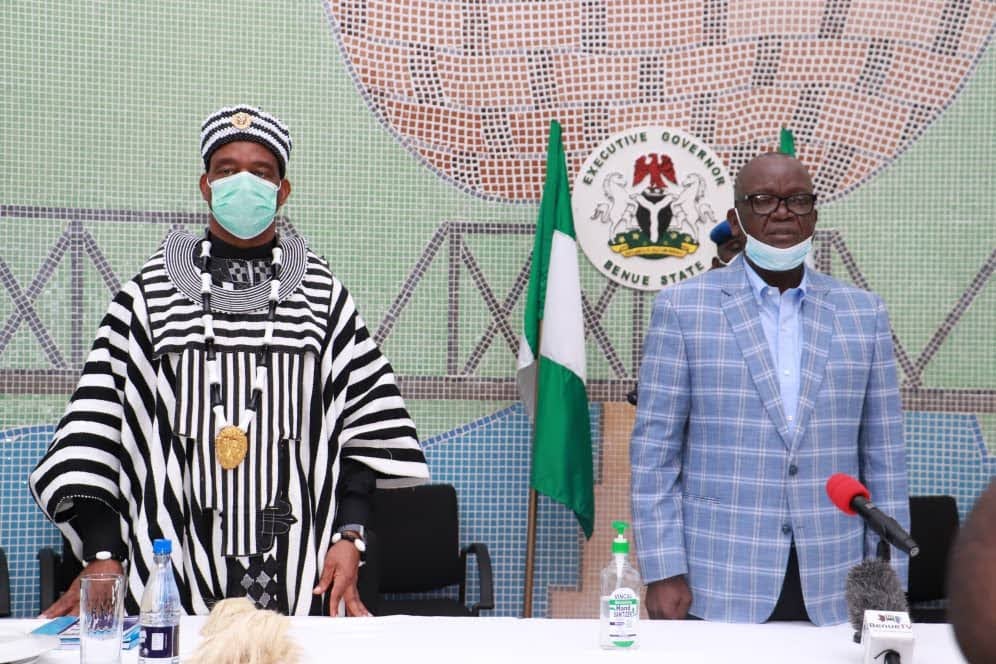 The Traditional Rulers were suspended on the August 19, 2019, for the period of six months, for breaching the code of conduct of traditional rulers and of Benue State Council of Chiefs and Traditional Councils Law 2016.

In a statement which was sent to CAPITAL POST on Monday, the meeting also ratified the recommendation of the committee set up to look into the crisis in Sankera area; that Tor Sankera, Chief Abu King Shuluwa should be relocated to Katsina-Ala, the headquarters of the intermediate area, before the end of July, 2020, to effectively attend to issues within his domain.

It was also the resolution of the state that the security outfit sent to Katsina-Ala to stop the crisis should be strengthened for the sustenance of peace.

Related Topics:BenueMonarchsSamuel Ortom
Up Next