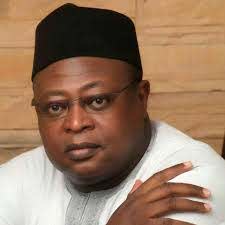 Operatives of anti fraud squad of the Niger State Police command has concluded plans to arraign the State former Chairman of the All Progressive Congress ( APC), Engr. Mohammed Jibrin Imam in Court for alledgedly misapropriating the party funds.

CAPITAL POST’s findings at the State Criminal Investigation Department (SCID) headquarters in Dutse Kura Minna, revealed that the legal department of the command has dusted all the needed evidences in their possession to commence the prosecution of the embattled former Chairman of the APC in the state.

Engr. Jibrin Imam was earlier detained by the men of the anti fraud squad of the (SCID), following a petition forwarded to the Commissioner of Police in Niger State, Alh. Adamu Usman by the State Financial Secretary of the party Alh. Mohammed Nma Gbagba alledging that the Chairman had misapriopriated the party’s funds amounting to the tune of N558 million.

As a result of the weight of the petition and the huge amount alledged to have been diverted by the embattled chairman of the party, the head of the SCID in Niger State Alh. Abdullahi Ya’u Tahir DCP, wrote an invitation letter inviting him to his office for questioning.

Series of such letters to Engr. Imam to honour the Police invitations have not been responded by the Chairman.

When he finally responded to the police invitations, he drove himself in his Hilux van to the SCID office along with the former Secretary of the party in the state, Barrister Mohammed Liman, and the State Treasurer of the party, Dr. Abubakar Shafiyi and while they were at the Plolice, they were grilled for over three hours before he was granted bail.

It was further revealed that all the needed documents relating to the embattled Chairman transactions in some of the commercial banks in Minna, have been received by the legal unit of the SCID for the proper prosecution.

As part of the readiness of the legal unit to arraign Engr. Jibrin Imam in Court, his accounts in some new generation banks in Minna, where some large sums of money amounting to over N776 Million was alledged to have been discovered has been frozen by the men of the anti fraud squad of the State Police command.

“Already, we have concluded our investigations. We are preparing our charges to arraign him in court for Prosecution.

“We will keep you informed Whenever we are taken him to court for his prosecution. We are not going to let you people out whenever we will take him to court.

“He will be charge for missapriopriation of the party’s fund.” a source who prefer anonymity confided to CAPITAL POST.