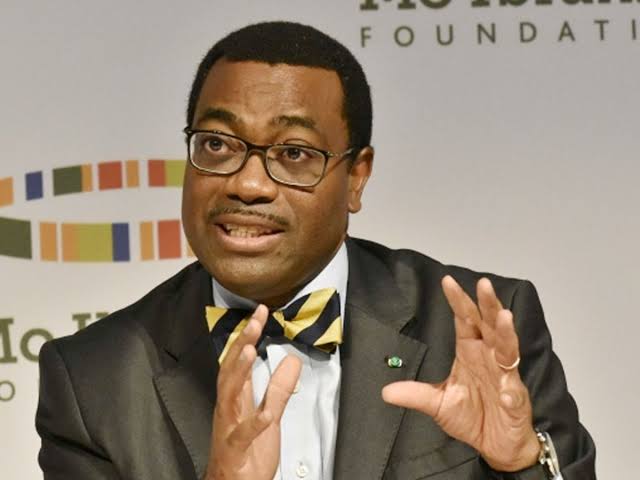 President of the African Development Bank, Mr. Akinwunmin Adesina has been cleared of wrongdoing by a high-level independent panel which was set up to review the report of the Ethics Committee of the Boards of Directors on the allegations made against him.

His exoneration followed the panel of experts chaired by a former President of Ireland, Mrs. Mary Robinson, which had Justice Hassan B Jallow and Leonard F McCarthy as members. The Committee submitted its report on Monday.

The former President of Ireland, Mrs Mary Robinson was appointed on by the Bureau of the Board of Governors of the African Development Bank (AfDB), on 2nd July, 2020.

The panel was mandated to carry out carry out an independent review of the report of the Ethics Committee of the Boards of Directors on the allegations made by whistle blowers against Adesina.

According to Mary Robinson, the panel had virtual meetings by zoom on six occasions in July.

She said: “It is our hope that the report will carry every Governor along in resolving this matter, and preserving the integrity of the Bank Group and its governance mechanisms.”

In the report titled: “Report of Panel of High-Level Independent Experts Reviewing Report of Ethics Committee of African Development Bank and Response of President Thereto,” the panel in its concluding observations on the President’s response to the allegations said:

“The Panel is mindful of the fact that “absence of evidence is not evidence of absence”. At the same time, it appears to us to be an undue burden to expect a holder of high office in an international organization, to prove a negative, in the absence of sufficient grounds.

“An attorney writing on behalf of the President, also argues quite correctly in our view, that a distinction should be drawn between alleged institutional failure at the Bank and the conduct of the president. We have not attached any value to the Dissociation Note in our deliberations. The President has also as part of his detailed submission enclosed 18 annexes, which he believed might be relevant and necessary to make his case and assert his right to due process.

“The Panel explained at the outset that it was dividing its Report into two parts. In the first part, it considered the complaints provided to the Ethics Committee by the whistle-blowers and found that they had been properly considered and dismissed by the Committee. In its second part, it considered, in the interests of due process, the responses of the President. While the Committee was not required to consider and did not, in fact consider, the President’s responses, it was in the interests of fairness and of due process that the Panel be required to do so. As it has explained, the Panel has not passed judgment on the President’s evidence. It has also borne in mind that the whistle-blowers’ complaints were wrongly publicized and that fairness required that the President be heard. It has considered the President’s submissions on their face and finds them consistent with his innocence and to be persuasive.”