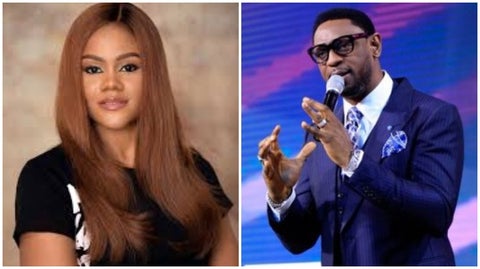 The Nigeria Police said it has concluded investigation into alledged case of rape against the Senior Pastor of the Commonwealth of Zion Assembly, Biodun Fatoyinbo.

It said the file has been transferred to the Director of Public Prosecution of the Federation at the Federal Ministry of Justice.

In a letter addressed to Lagos-based photographer, Busola Dakolo, who is also the wife of popular musician, Timi Dakolo she was informed that investigation has been concluded.

In the letter signed by the Deputy Commissioner of Police in charge of Administration at the Force Criminal Investigation Department, the police said the DPP would study the case file and then give advice.

“I am directed to inform you that the Force Criminal Investigation Department had concluded its investigation and forwarded the case file to the Director of Public Prosecution of the Federation for legal advice and further necessary action. ’’

Mrs Dakolo had last year accused Fatoyinbo of raping her in Ilorin, Kwara State in 1999 while she was still a teenager.

The cleric, however, denied the allegations.

The scandal sparked a series of reactions last year which led to the Pastor stepping down for several weeks.

Faroyinbo is the Senior Pastor of Commonwealth of Zion Assembly, Abuja.