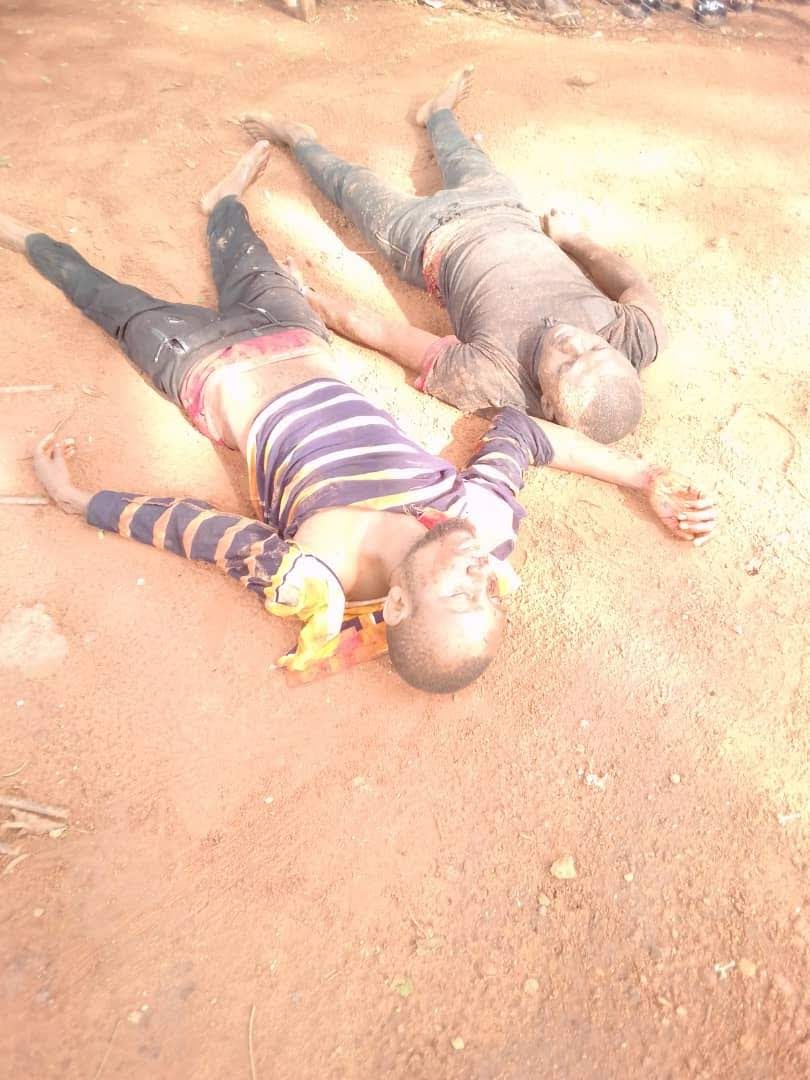 Luck ran out of criminal elements in Idah, headquarters of Idah Local Government Area in the eastern Senatorial district at the early hours of Tuesday as two were killed and one escaped with bullet wounds.

Two lifeless bodies of unidentified gun bearing criminals laid on ground which was seen by our Correspondent immediately they were killed by the combined team of Security operatives who intercepted them while trying to rob.

A resident who did not want his name in print spoke to our correspondent in Idah and commended the gallantry of Security operatives in Tuesday’s killing of two criminals, saying that, “they have not been sleeping with two eyes closed due to criminals terrorising them.”

According to his narrative, there was no week passed without gun wielding criminals robbing commuters or kidnapping travellers around the area, particularly on Idah – Ajegwu road.

“It’s been hell all along. Criminals have been robbing and kidnapping people and all these while we have not been resting.”

Meanwhile, residents who trooped out to have a glance of lifeless bodies could not identify them, suggesting that they came from outside for criminal operations.

The Security operatives comprised of Navy, Police, and Civil Defence that carried out the operations, while the residents were in full of praise for them.

The Divisional Police Officer in charge of Idah Division could not be reached as at the time of filing this report.

Related Topics:CriminalsIdahSecurity agents
Up Next