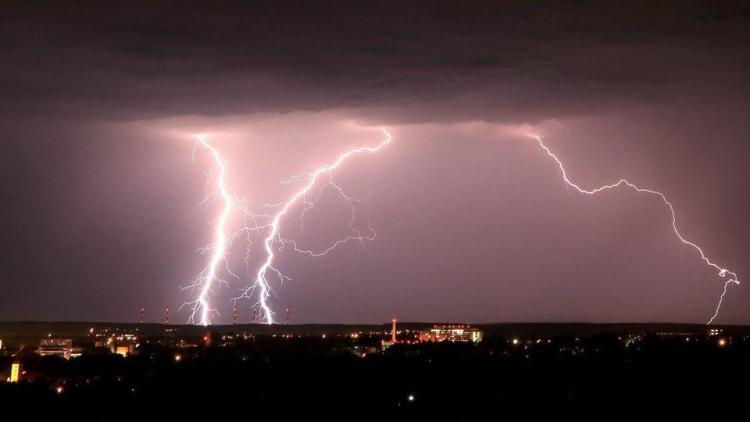 An eye witness explained that the incident happened in the town of Ilese, near Ijebu -Ode, Ogun State around 10 a. m followed a drizzling which was accompanied by the lightning that entered into the FRSC’s office located at the Old Toll Gate in Ilese town and killed the officials.

“There were about twelve officials in the exact office when the lightning occurred, accompanied by the thunder which struck three of his colleagues to death.

Men of the state’s special security outfit, “OP MESA” took over security of the entire area, chased onlookers away and prevented journalists from taking pictures.

Also, traditional worshipers otherwise known as Sango adherents joined other FRSC officials at the scene of the incident to perform some traditional rites on the corpses before they were released to government officials for burial. adsbygoogle || []).push({});