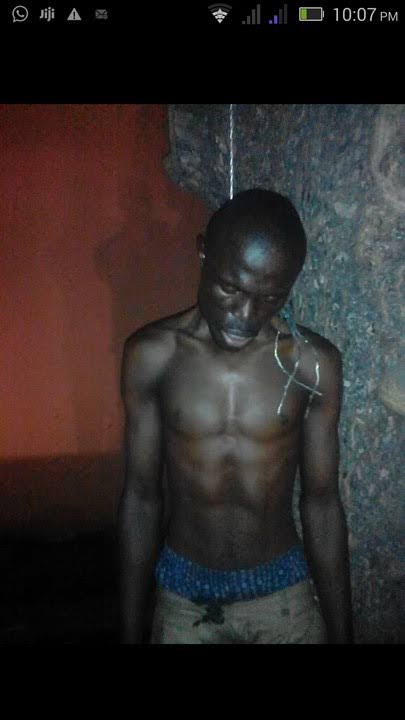 Investigation has revealed that there is an increasing number of suicide cases among the elderly people in Niger State with Rijau Local Goverment Area being the highest, having recorded 13 suicide incidences in few weeks.

Other reas that recorded suicide incidences that becamw a source of conceen to residents in recent times are Darangi, Dukku and Tungan Magajiya all in Rijau Local Government area of Niger State.

Most of the people involved in the suicide, our findings revealed, were aged people between 55 to 60 years.

It was further revealed that most reported cases of those who committed suicide never left notes stating reasons for taking their own lives.

In one of the reported incident that happened in Darangi in the early hours of Friday, a decomposed body of a middle aged man simply indentified as Barde Swashi, was seen hanging on a branch of mango tree in his farm. He was said to have left his home without any information of where he was going to which according to a family source was unusual of him. ”

Although, on that fateful day, “he displayed a very strange act that was not known of him, and we never suspected that he was going to hang himself in his own farm.

“Only for us to receive a shocking news that a middle-aged man corpse was seen dangling on a branch of a mango tree on a farm.

“On getting to the farm, we discovered the corpse to be our own person” a source closed to the family who crave anonymity disclosed to CAPITAL POST.

In a reported incident of suicide, that occurred in Dukku, recently, one Jibrin Dakarkari in his middle 60 was also discovered hangged on a Malaina tree at the back of his house in the early hours of penultimate Wednesday.

He was said to have before the incident told his neighbour that he will not continue to remain without doing anything that will put food on his table.

“We never thought that he was going to commit suicide with that comment he made”, a neighbour told CAPITAL POST.

Speaking in an interview with our correspondent in Minna, a lecturer in the Department of psychology Ibrahim Badamasi Babangifa University, Lapai in Niger ( IBBUL), Dr Ahmed Mohammed Alfa, attributed the case of suicide to depression and emotional instances.

He noted that most of the cases of suicide among people could be traced to some psychological related incidents.

He said:. “In some cases, for some one to decide to take his own life could be either he is worried by a kind of depression which psychologists don’t see as enough reason for one to just wake up one day to just kill himself.

“However, it could be traced to medical record of the person. It is either, he has one mental record or the order.

Also speaking a Minna based medical Practitioner Dr. Isaac Tsado, explained that for one to take his own life for a reason best known to him medically, the person might have a psychiatric record which may not be known to his relation.

“Yes, one cannot just ruled out depression from the medical point of view. Such person’s medical records could be traced to psychiatric record.

“Like I said, his relation are not aware of him having such medical record because it is not visible for them to know and take appropriate action so that it would not degenerate to the level of taking his own life by himself”, Dr Tsado told CAPITAL POST.

When contacted for his own comment, the Police Public Relation Officer (PPRO), Niger State, Mr. Abiodun Wasiu, ASP said for one to just take his own life by himself without any reason is an offence punishable under the police penal code law.

“It is a criminal offence under the penal code and the Nigerian Constitution for one to just wake up to take your own life.

“Even in our two religious worship, is a sin and also in some culture is a taboo. In some cultures, such a person will not even be given a befitting burial.

“Also, he has brought an embarrassment to his immediate family and if care is not taken, such family will not be relevant in that community.

“Like I said, within the ambit of the law is a criminal offence under the penal code law and is punishable with some jail term after conviction by the court of competent jurisdiction. That is from legal point of view” he told CAPITAL POST.