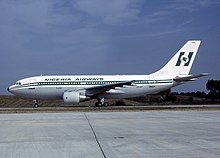 The Senate Thursday declared that it would be suicidal for the federal government of Nigeria to unlock the Aviation Sector this Sunday as earlier planned.

The upper legislative chamber committee on Aviation raised the alarm after an emergency meeting with leaders of unions in the sector led by the National Association of Aircraft Pilots and Engineers .

Call for suspension of unlocking of the sector this coming Sunday, was also canvassed by the union leaders in the sector on the need for required bailouts to be given first before re-starting it, failure of which will lead to strike action.

The Federal government had penultimate week, fixed Sunday , June 21, 2020 as date for commencement of domestic flights in five major Airports across the country after about 75 days of lockdown in curtailing the spread of Coronavirus pandemic.

But the Senate Committee on Aviation after being briefed by Unionists in the sector on the inherent danger in the plan , called on the federal government to suspend it for now.

Specifically, the Chairman of the Committee , Senator Smart Adeyemi ( APC Kogi West), said based on serious issues raised by stakeholders in the sector as regards safety and security, plan of unlocking it should be postponed .

“As submitted by the key players in the Sector, many of the Pilots have lost currency and needed to be re- certified , Certificates of Airworthiness of most of the Aircrafts have expired , most of the workers are owed salaries or on half salary since the lockdown began in March .

“These are serious issues directly connecting to safety and security aside required intervention that must be made by government in form of bailouts for the operators .

“Added to this , is the strike action being threatened by the Aviation workers and since it better to have strike actions in the sector by aggrieved workers than a crash , there is need for government to tarry a bit on the plan unlocking of the sector this Sunday”, he said. .

Former Minister of Aviation , Senator Stella Oduah ( PDP Anambra North) concurred with Adeyemi and the Aviation stakeholders on the need to suspend unlocking of the sector for now.

Leaders of various unions in the Sector like Comrade Galadima Abednego , the National President of National Association of Aircraft Pilots and Engineers, Comrade Ilitrus Ahmadu , National President of Air Transport Services Senior Staff Association of Nigeria and Comrade Nnamdi Hector , the General Secretary of Joint Aviation Trade Union Forum , had in their submissions , painted gloomy picture of the sector and imminent danger of restarting it this Sunday.

Comrade Abednego in his submission told the Committee members that many of the Pilots have lost their currency as a result of the lockdown spanning about 75 days now .

According to him, each of the Pilots requires $30,000 for re-currency or re-certification in the face of none payment of salaries .

“Most of the Airlines have either disengaged their pilots during the lockdown or not able to pay them full salaries , treating us as modern day slaves

“Therefore , before restarting the sector , Pilots and Aircrafts must be re- certified for safety and security , which have not been done .

“Aside that , many of the Airlines need urgent financial intervention to remain afloat , the very reason , government needs to give out bailouts to the operators “, he said .

Painting a more gloomy picture in his own submission , Comrade Ilitrus Ahmadu of the Air Transport Services Senior Staff Association of Nigeria , said restarting the sector now would be recipe for disaster as many of the workers are hungry and angry due to none payment of salaries .

He said: “Even federal government owned agencies in the sector like Federal Airports Authority of Nigeria ( FAAN) , is involved in the none salary payment to workers.

“Those that are paying since the lockdown, are either paying half or quarter salary to their workers .

“There is also need for government to subsidise Aviation fuel and even the Airports need to be properly prepared in terms of of fumigation as well as required protocol for health and safety”.

Former governor, Ajimobi down with COVID-19, not dead – Aide