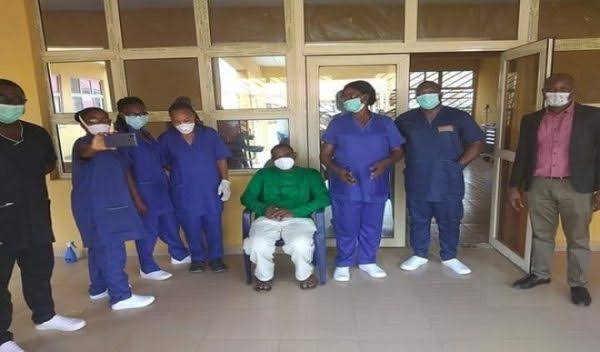  
Delta State Government on Tuesday raised the alarm that a COVID-19, index case Mr. Michael Mordi, 53 had escaped from the isolation centre, warning citizens to be wary of him.
 
In a statement issued by the Commissioner for Health, Dr. Mordi Ononye in Asaba said, his relation removed him contrary to the NCDC protocols, while condemning the development.

He said “The Delta State Ministry of Health wishes to express its displeasure over the uncooperative stance of Mr. Michael Nwachukwu Mordi, a 53-year old Chief Nursing Officer in Central Hospital, Agbor.

Until, the patient left unceremoniously, Ononye said he has been uncooperative and aggressive to treatment.

He further stated that Mordi had continually threatened caregivers at the treatment centre and had also rejected his medications.

“As at 6pm on June 1st, 2020, the patient, Mordi, against medical advice, was forcefully removed from the treatment centre by seven men who claimed to be his relatives.

“We wish to use this medium to alert the general public about the public health danger of associating with the patient and with those who have exposed themselves to him,” he added.

The Commissioner also advised that the patient be returned to the treatment center for proper care, and called on those who had exposed themselves to him, to immediately go into supervised quarantine for 14 days.