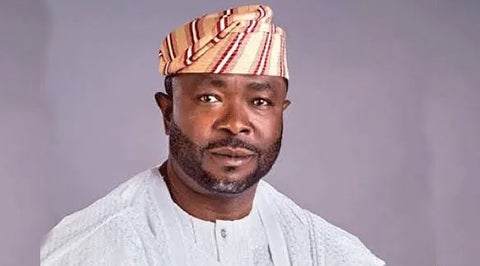 A member of the National Assembly Bamidele, Senator Opeyemi Bamidele has reacted to the demise of his colleague representing Lagos East, Senator Bayo Oshinowo, saying it’s sad and devastating to the nation and, more specifically, to the All Progressives Congress’ political family across the country and globally.

Bamidele said Oshinowo’s flamboyance, meekness, strong political savviness and immeasurable generosity will be sorely missed by his constituents and the entire people of Lagos.

In his condolence message to the APC and Oshinowo’s family on Tuesday, Bamidele said the fact that the late lawmaker spent 16 unbroken years in the Lagos State House of Assembly vividly attested to his popularity and acceptability among Lagosians.

The Chairman, Senate Committee on Judiciary, Human Rights and Legal Matters, said Senator Oshinowo on the floor of the Senate during his stint at the hallowed chamber, inscribed his name with indelible ink, by his landmark and memorable contributions to national issues and maintained relationships across party lines.

Expressing grief over the sudden death, Bamidele added: “Senator Bayo Oshinowo’s death was devastating to some of us who knew him quite well as one politician with styles and passion for upliftment of humanity going by his consistent philanthropic gestures and how he related with all classes of men .

Read Also:  Why I pushed for direct primaries - Gbajabiamila

“He was one of the pillars on which our party was anchored in Lagos since 1999. He believed in progressive ideals and he never wavered through thick and thin, rain and sunshine to promote what our party stands for.

“At every stage of our progressive metamorphosis, from Alliance for Democracy to Action Congress and through Action Congress of Nigeria to the All Progressives Congress, Senator Oshinowo was prominently seen playing pivotal roles for the survival of progressive and populist politics in Nigeria.

“I condole with President Muhammadu Buhari, APC National Leader, Asiwaju Bola Ahmed Tinubu, the people of Lagos State, the Oshinowo family and political empire on the death of this outstanding enigma.

“May the good Lord grant his soul eternal rest and give those who had directly been bruised by his death the fortitude to bear the painful loss”.