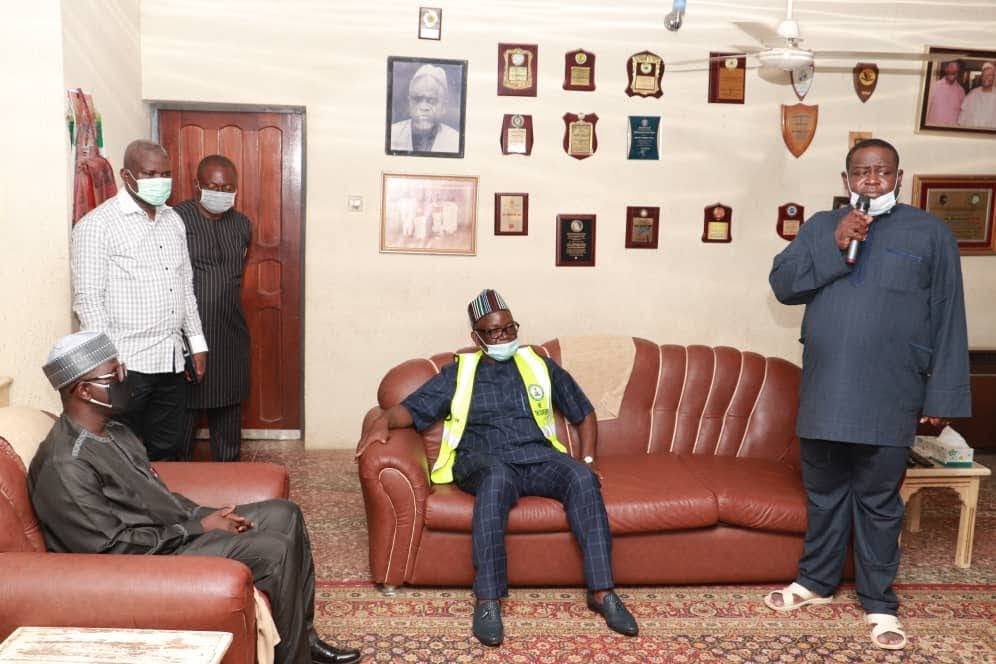 Benue State Governor, Samuel Ortom on Thursday paid a condolence visit on the family of late Abubakar Tsav, who died a few days ago in Makurdi, the State capital.

The Governor described the deceased as a committed police officer and administrator who believed in his convictions and always made known his views on public issues, particularly governance, after his retirement.

“He prayed for the repose of the soul of Alhaji Tsav; also prayed God to grant his immediate family the fortitude to bear the irreparable loss.”

Eldest son of the deceased, Barr. Mohammed Iorember Tsav and his mother, Kwaghhemba Tsav, received the Governor and his entourage and expressed appreciation for identifying with them in their moment of grief.