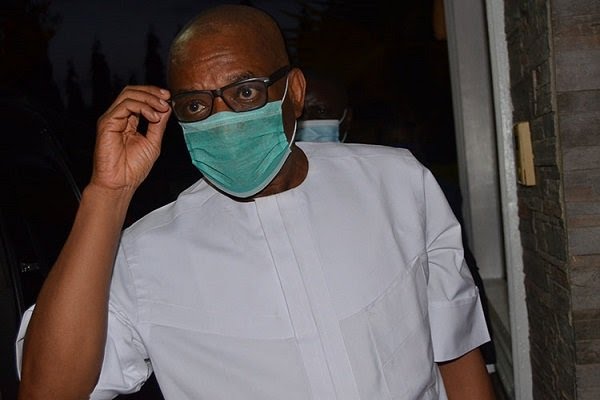  
He was to serve 12 year sentence before his convinction was upturned by the Supreme court after he appealed it.

The Economic and Financcial Crimes Commission (EFCC) which prosecuted him vowed to retry him. Accordingly, the Apex Court which faulted his convinction had ordered for his retrial.

Justice Mohammad Liman of the Federal High Court in Lagos ordered the release of Kalu on Tuesday, June 2.

He was released around 7.30pm on Wednesday, June 3.

Kalu was convicted in December 2019 for alleged looting of N7.

65b belonging to Abia state.

Earlier, some protesters had stormed the complex of the National Assembly calling on the Senate president Ahmad Lawan to declare vacant the seat of Senator Kalu.

The protesters, who went to the Assembly Complex on Tuesday, June 2, under the aegis of Concerned Citizens of Abia North, staged the show of displeasure against the former state governor.

They argued that Abia North Senatorial district feels neglected “angry, less optimistic about their future because they have no representation in the Senate.”

The protesters wanted Lawan to declare embattled Senator Kalu’s seat vacant so that the Independent National Electoral Commission (INEC) can conduct another election for the district.

 
“The conviction and incarceration of the senator representing Abia North, Dr Orji Uzor Kalu leading to his long absence from the National Assembly has effectively silenced our voices. 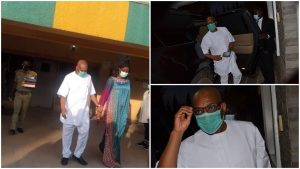 “Abia North constituents have no representation in the Nation’s highest deliberative body and cannot participate in matters that affect them,” the protesters read from a prepared letter.

However, reacting to the development, Honourable Benjamin Kalu condemned the actions of the protesters.

Honourable Kalu alleged that the protesters were hired by aggrieved political opponents of the senator who wanted to embarrass him.

Kalu who is the spokesman of the lower house and member representing Bende federal constituency of Abia state added that none of the protesters were from Abia state.

Related Topics:CustodialOrji Uzor Kalu
Up Next

Letter extending tenure of NASS clerk, Omolori, others not from me – Speaker