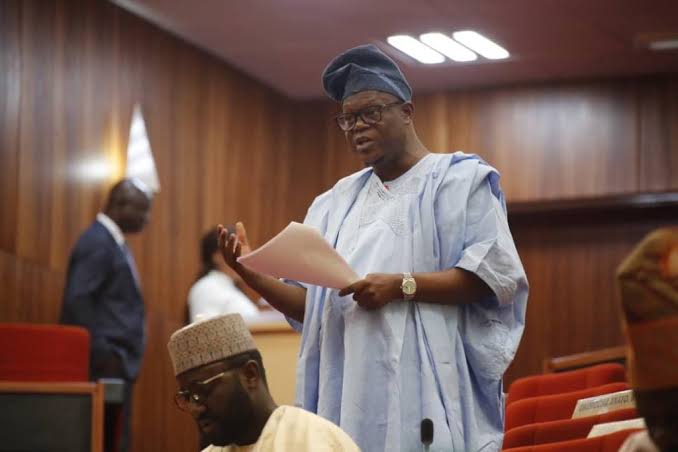 He was reacting to criticism in certain quarters that there were lopsidedness in appointments by President Buhari which were being screened by the Senate for confirmation.

According to him, the President has powers to appoint whoever he want into political offices.

The Spokesman was reacting to questions at a news briefing in Abuja after it was observed at Tuesday’s plenary that the “Chairman and Secretary of the Federal Character Commission are northerners.”

Part of his reactions stated: “I want to tell you too that politicians can be mischievous. I am not saying any Senator is mischievous.

“When you talk of the North, we have three zones, North Central, North East and Northwest, but when people want to be mischievous; when appointment comes from North Central and they want to just make it as if is from the North, this one is also for the north, but when it soothe them, they will talk of South East and south west.

“Now, specifically to the Federal Character Commission, the point that was raised by Senate Minority leader, the Secretary which was appointed and that the chairman also comes from the North too did not specify whether it comes from North Central, North East or West.

“With all sense of responsibility when you look at section 14(3), it did not talk about the strength of the appoint, but it talks about the composition to ensure there is geopolitical spread.

The Spokesman said the composition of the present FCC members who were drawn from every State and confirmed by the Senate on Tuesday was reflective of equity that shouldn’t be questioned.

“They are all from the North but the people from North or north have their own yearning and aspirations.

“There is a difference between politics and reality and constitutionality. You can talk of the senate complicity or not if you are able to confront us with empirical evidence of lopsidedness.

I am an Almajiri, feel sad the way governors treat them with disdain – Senator Ndume