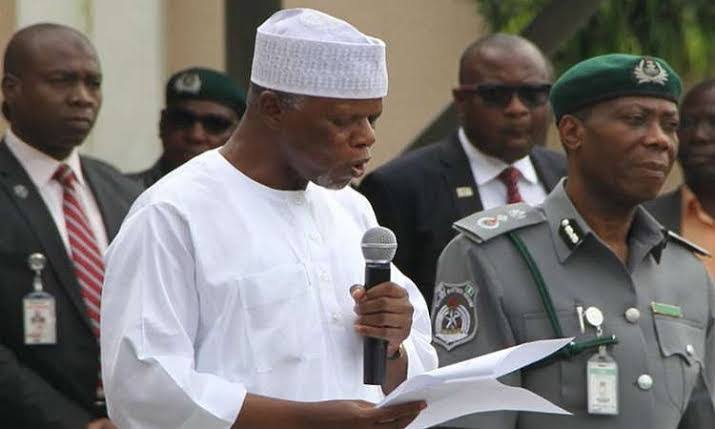 The Nigeria Customs Service on Thursday said it has generated the sum of as revenue between January and May 2020.

This revelation was made by the Comptroller Accounts, Sadiq Ibrahim Ismailia, when a delegation of Customs authorities led by the Deputy Comptroller General of Customs (Head, Human Resources), DCG Sanusi Abubakar Umar, had an interactive session with the Senate Committee on Customs in Abuja.

Read Also:  Senate splits Office of the Accountant General of the Federation

Chairman Senate Committee on Customs, Senator Francis Ailimikhena (Edo North) in his remarks said the interaction was part of the panel’s oversight activities to assess the 2020 budget performance of the agency, update on recruitment exercise, number of seized goods, number auctioned and amount realized from the auction if any.

The Comptroller Accounts, Ismailia, while presenting the budget performance of the agency, said that the agency has so far expended the sum of N300million in its yet to be concluded recruitment exercise for 3,200 officers as a result of the COVID-19 pandemic. adsbygoogle || []).push({});

A member of the Committee, Senator Suleiman Kwari (Kaduna North) sought to know how the agency can claim it has spent N400million for training of its officers in view of the ongoing COVID-19 lockdown and restrictions.

Ismaila however explained that why it is true that the no mass training took place during the ongoing lockdown, the amount represented a rollover from January to March 2020.

In his report, the Comptroller Technical Services, Hafiz Kalla, said 28,894 seizures were made by the agency between 2015 and 2020.

Kalla however could not give a detailed breakdown of the seizures made to members of the Committee when he was asked to do so.

The Committee expressed disappointment with the seizure report and directed the leader of the delegation, DCG Umar, to inform the Comptroller General of Customs, Hammed Ali, to make further details of the report available to the Committee as soon as possible.