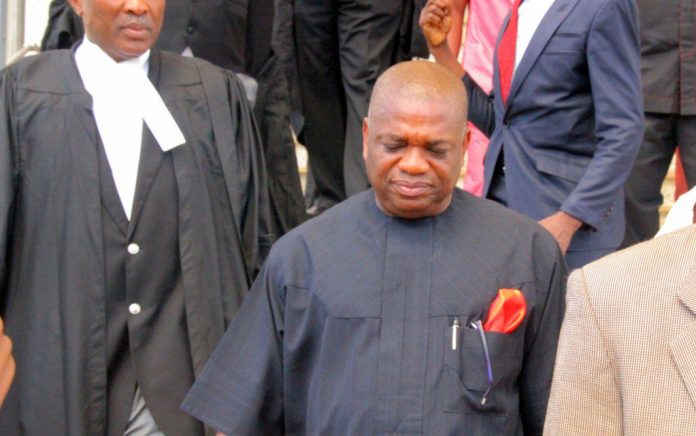 The Spokesman of Nigerian Correctional Service, DCC Austin Njoku has opened up on how the former governor of Abia State behaved while in prison.

He said Kalu was “well-behaved” during his six months in prison over alleged N7. 1bn fraud Abia State funds.

Kalu who is the current Chief Whip of the Nigerian Senate was finally released on Wednesday from Kuje Custodial Centre.

His sigh of relief followed the Tuesday order of a Federal High Court in Lagos.

Njoku explained: “Ex-governor Orji Kalu was released from custody at exactly 5.05 pm on Wednesday. He was discharged after we received the court warrant on his release.”

When asked about Kalu’s six-month stay in prison, Njoku described him as “a well-behaved inmate; he did not give us any trouble at all. ”

Kalu was jailed for 12 years on December 5, 2019, after he was convicted of N7.1bn fraud alongside his firm, Slok Nigeria Ltd. , and a former Director of Finance in Abia State, Jones Udeogu.

The Supreme Court, however, nullified the convictions on May 8 on the grounds that the judge who presided over the case lacked jurisdiction.