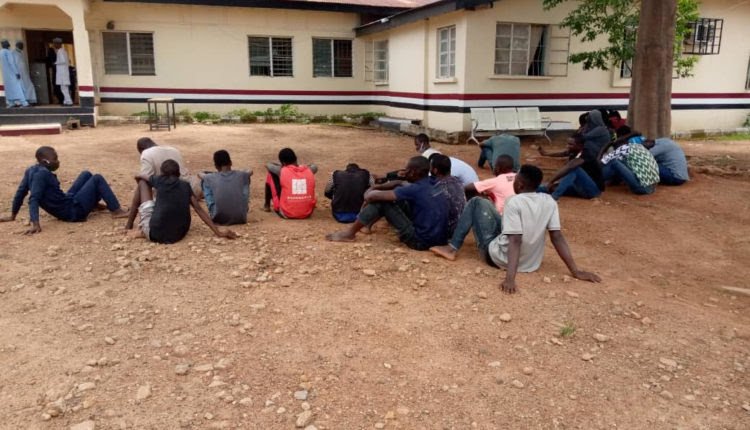 They were arrested in hotels within Kaduna metropolis at about 1.00am for violating the lockdown orders imposed in the state as a result of the COVID-19.

Public Relations Officer of Kaduna Command of NSCDC, Mr. Orndiir Terzungwe, made the disclosure at a press briefing on Thursday in Kaduna.

He said that the command was concerned by incessant complaints of non-compliance of the lockdown down order imposed by the Kaduna State government which was still in force.

“It was based on this premise that the command raided some of the hotels within the metropolis, resulting in the arrest of 21 people for violation of the lockdown order.

“Credible intelligence survey revealed that Millennium city and Kigo Road were among the black spot identified by the command and thus we decided to storm the areas.

“The lockdown order which is still in place requires that all bars, clubs, schools and worship centres remain closed until further directives,” he said.

Terzungwe explained the suspects would be charged to court after completion of investigations.