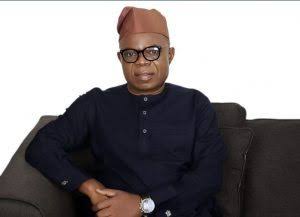 Amoka, who has been on probation for six months was confirmed on Tuesday by House after they considered him competent to do the job.

Before he was confirmed, Hon. Bajeh Muktar representing Okehi State Constituency moved a motion which was seconded by Idoko Ododo Moses representing Dekina/Biraidu Constituency, saying that Amoka has discharged his responsibility in acting capacity well.

Other legislators who supported the motion for the confirmation of appointment include Alfa Momoh Rabiu (APC-Ankpa II); Alhaji Isah Umar (APC-Lokoja I) and Prince Collins Musa (APC-Omala).

Amoka, a 1984 graduate of Political Science from University of Ibadan, veteran journalist and one-time Chairman of Kogi State Council of the Nigeria Union of Journalists (NUJ), was until his appointment in December 2019, Director of Information Services in the House of Assembly.