In the ruling of a pre-election matter filed by the eldest son of the former Governor of the State, Abubakar Ibrahim Idris, challenging the candidature of Engr. Musa Wada of the People’s Democratic Party (PDP) in the November 16, 2019, governorship election, the court has put to rest, saying that Musa Wada fulfilled all the process leading to his declaration as the candidate.

Justice Sylvester Ngwuta leading other 4-man panel disputed high court ruling in Lokoja and aligned with the Court of Appeal in the obvious evidences which were proved by the plaintiff.

Engr. Musa Wada who contested the November 16, 2019 governorship election has been engaged in dual legal fireworks during and after the election.

On one side, the scion of the former governor of the State, Abubakar Ibrahim popularly called Abu Ibro challenged Wada on the primary election, while he sued governor Yahaya Bello of the All Progressives Congress (APC) claiming that the governor did not win the election. 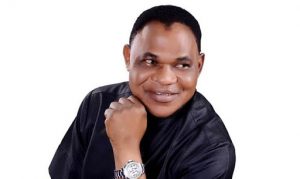 Having been declared authentic winner of PDP primaries, all is set on the Appeal judgement from the Tribunal which affirmed Yahaya Bello as winner of the election.