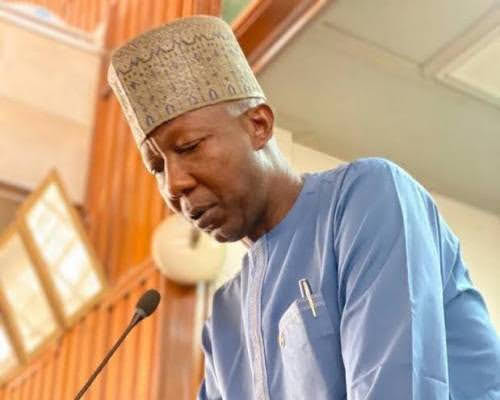 CAPITAL POST learnt that he was impeach for being incompetent to manage an office of the Deputy Speaker.

There was however a dramatic turn of events as the elected new Deputy Speaker, Hon. Isaac Auta representing Kaura State Constituency was being sworn-in, the Chamber became rancorous and in the ensuing milee, a member who is suspected to be loyal to the embattled former Deputy Speaker attempted to steal the mace.

Immediately after the swearing in, member representing Makera Constituency, Hon. Liman Dahiru broke into the floor of the Assembly and seized the maze, but the Sergeant at Arms, the official security of the State Parliament intervened and retrieve the mace.

Notwithstanding, the plenary thereafter ended in a rowdy session while the aggrieved member, Dahiru Liman was kicked out of the chamber.