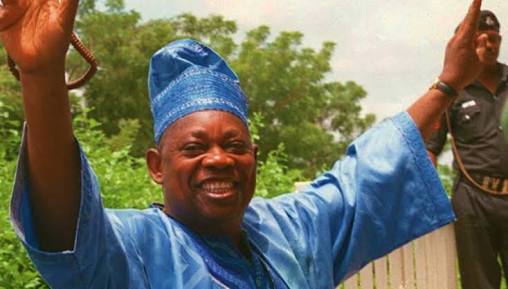 Nigeria and Nigerians must continue to learn from the lessons of the annulled June 12, 1993 presidential election, Deputy President of the Senate, Senator Ovie Omo-Agege has said.

In a special message to commemorate this year’s Democracy Day, Senator Omo-Agege also commended President Muhammadu Buhari for officially declaring June 12 as Nigeria’s Democracy Day instead of May 29, adding that June 12 has deep historical significance for Nigeria’s democracy.

He also applauded the President for recognizing the winner of the election, MKO Abiola, by awarding him the highest honour, Grand Commander of the Federal Republic (GCFR), usually reserved for presidents.

Omo-Agege who doubles as Chairman, Senate Committee on Constitution Review, pointed out that coming generations will be inspired by what June 12 represents.

He also paid tributes to great heroes of the country’s democratic evolution.

“June 12, 1993 remains a poignant chapter in the political history of Nigeria and like millions of other Nigerians, I hold the date very dear. It was a date that an unprecedented multitude of Nigerians resoundingly spoke with one voice regardless of ethnic, religious or whatever form of differences.

Read Also:  US Army to buy remote-controlled weapons from Israel's Rafael for $150 million

“I remember too, the large-heartedness and great philanthropy of the central figure of the June 12 struggle, late Aare MKO Abiola whose friendships and generosity traversed the entire length and breadth of Nigeria and even beyond.

“Today, as I join all those who participated in the June 12 struggle to reminisce over the unforgettable moments that have left indelible imprints on our minds over the past 27 years, I also remember all the great heroes of Nigeria’s democratic evolution.

“The nationalists of late Herbert Macaulay’s era led the way towards the realization of an independent Nigeria, the exemplary selflessness of First Republic leaders like Sardauna Ahmadu Bello, Chief Obafemi Awolowo and Sir Ahmadu Bello was terminated with profoundly painful memories, we had icons like the great Nnamdi Azikwe suffering undue relegation to the sidelines and the truest and fairest elections ever achieved as of June 12, 1993 sadly culminated into the death and imprisonment of passionate activists, including the flag bearer of the now-defunct Social Democratic Party, Chief MKO Abiola and his dear activist wife, Kudirat Abiola.

“Needless to say, our collective pains and disappointments have only reinforced our resolute commitment towards democratic goals and ideals and daily, I find great lessons and inspiration in the struggles and sacrifices of our great heroes past,” he said.

While assuring that the 9th Assembly would continue to focus on engendering good governance for the people through synergy with the executive arm of government, the lawmaker also commended the media, labour and pro-democracy activists for their immense contributions in keeping the spirit of June 12 alive.

He also prayed to the Almighty God that the loss of all those who patriotically made the supreme sacrifice during the June 12 struggle, would not be in vain.

He said: “Strengthened by lessons from the past, life is better lived looking forward; while our party, the APC along with President Muhammadu Buhari and the National Assembly leadership under Senator Ahmad Ibrahim Lawan remain focused on our party’s pro-people manifesto, our individual roles also deserve to be imbued with such dynamism that reflect historical and current realities.

“On my part, I have pragmatically chosen to keep the spirit of the people’s June 12 aspirations alive through vigorous pursuit of populist grassroots development in my constituency, Delta Central Senatorial district where our welfarist projects and grassroots philanthropy eloquently speak for themselves.

“Also, as in all responsibilities assigned to my office, my chairmanship of the Senate Committee on Constitution review is not only determined to ensure a more robust democratic growth but the empowerment of the hitherto voiceless majority, especially our women and youth”.