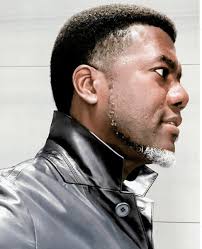 Omokiri said Nigeria is more corrupt now than it was in 2015 when President Buhari took over power.
Read Also:  Senator Wamakko losses nephew

Mr. Omokiri cited the Transparency International which ranked Nigeria 136 in 2015 and 144 in the corruption index, hence,.the country has moved backward.

Mr. Omokiri said it is a big lie for Buhari to say that social inequality has improved reminding him that under him, head of Legislative, Executive, Judiciary, Army, Police DSS, EFCC, NSA, Airforce are headed by Northern male Muslims.

He went further to debunk the claims by President Buhari that Boko Haram has been degraded stating that everyone saw what happened in Faduma Kolomdi in Borno where Boko Haram killed alot of people.

On Ogoni Clean Up, Mr. Omokiri said that it is an audio clean up as there is no progress on the project. He asked President Buhari to give credit to the past administration on the Lagos Ibadan Railway Project.

Read Also:  Nigeria: A distraught nation of sorrow and lamentation in search of solution

The Social Media Influencer said that President Buhari is not ashamed of boasting of 1200 housing units in a country with 22 million housing deficits. Nigerians today will reflect on the country’s democratic journey 21 years after.