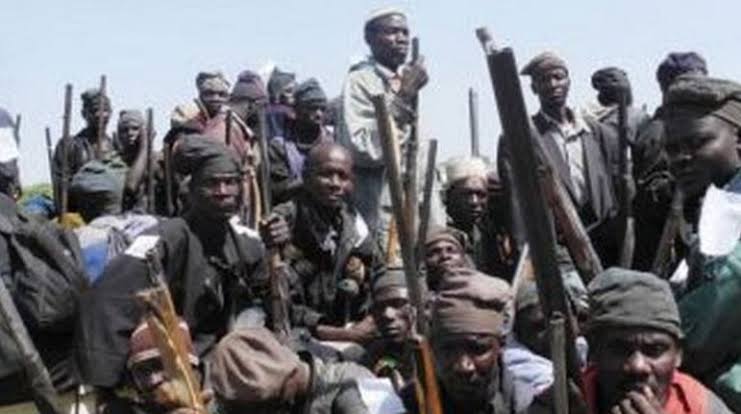 Residents of Batsari community continue to live in fear as armed bandits moves freely on motorbikes.

Katsina State in the North West, Nigeria which is the home State of President Muhammadu Buhari has been a hotspot for armed banditry attacks with heavy casualties.

There have been a high rate of cattle rustling, cattle grazing crisis with all forms of robberies in the rural commnities.

In what look like a.bizzare development, bandits who are well armed with AK47 on motorbikes moves around in broad day light with challenge from security agents and local vigilantes.

A picture of young men on motor bikes travelling in a convoy on a tarred road has leaked into the internet.

A resident who don’t want his name in print spoke to our correspondent lamenting if there were security agents in the country.

“Bandits who are holding AK 45 assault riffles are travelling on bikes. They seem to be heading to or coming back from a mission, or they are simply patrolling the streets and ‘taking care of business’.

“But the question is; Are there no more police and other security forces in the town?

“How come these guys can travel so openly with much courage and fearlessness?

“Is it legal now to move about with assault rifles in the open?

“It’s obvious that everyone is tired of the deteriorating security situation in both the North West and North East.”