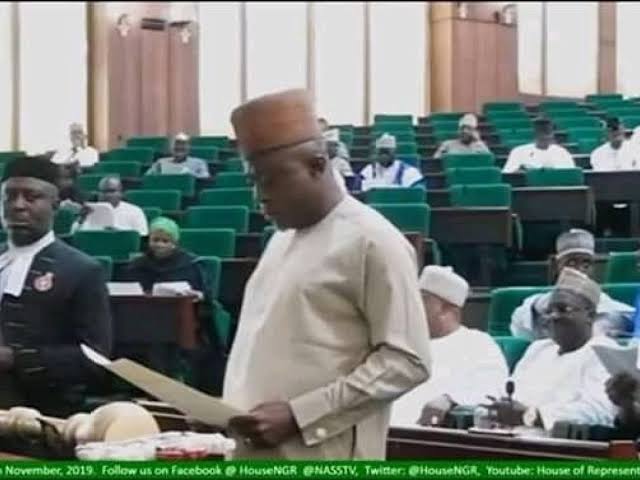 Member representing Lokoja/Kogi Federal Constituency in the House of Representatives, Hon. Sha’aba Ibrahim has described the Federal High Court judgement on Tuesday in Lokoja as “trappings” of a modern day slavery, vowing that the judgement would be appealed.

He said the people of Lokoja, Ajaokuta and Koton Karfe have rejected the ruling in its totality, the ceding of the affected areas to Igala Kingdom.

Speaking at a press conference in Lokoja on Saturday, the lawmaker who revealed that he was speaking on behalf of the people of the affected areas said the ceding of the three Local Government Areas was not only in bad faith, but would be a return to the era of human slavery, adding that the action commenced, maintained and prosecuted in complete disregard to extant laws.

The legislator further extrapolated that the judgement was a complete violation of the constitution of the Federal Republic of Nigeria 1999 as amended, the Land Use’ Act 1978 and the African Charter on Human and Peoples Rights, Ratification and Enforcement promulgated to promote and protect human rights and basic freedoms in the African Continent.

Accordingly, he sees a nullity in the judgement particularly that the people of Lokoja, Kogi and Ajaokuta were not parties to the proceedings.

He explained that they were not at anytime aware of the pendency of any action in respect of their ancestral land despite being in active possession for over two centuries prior to this action.

He maintained that since the judgment of a court binds only parties to the proceedings, they therefore consider the pronouncement of the court ceding their land to the claimant as bizarre and ‘ipso facto’ unacceptable.

Speaking further he said “the claim before the court as gleaned from the processes filed was in effect one of declaration of title to land. it is our humble position and an elementary principle of law that the Federal High Court, sitting in Lokoja lacks the jurisdiction over land matters or action connected therewith.

“Assuming, without conceding that the Court had jurisdiction, commencing ‘an action for declaration of title to land Which is a contentious and disputed issue vide originating summons is not only strange and inappropriate but outrightly bad and incurably so. ‘

“That the cause of action in this case having arisen since 1940, is
statute barred, stale and thus rendering the action unmaintainable altogether.

“That the claimants case before the court was in respect of land the boundaries of which were vague and unascertainable, thus rendering the action incurably bad.

“That the action by the claimant and the reliefs sought failed to take cognisance of the cordiality of relationship between the component ethnic units of Kogi State and is capable of causing a breach of the peace.”

He urged the people to remain calm and law abiding, disclosing that they have commenced the process of redress to set aside the said judgment at the Court of Appeal.

CAPITAL POST recalls that the Federal High Court of Nigeria, sitting in Lokoja in a matter between His Royal Majesty, Michael Ameh Oboni, Attah Igala and the Attorney-General of the Federation and one other had delivered Judgment on Tuesday, 2nd June, 2020 where inter alia, the court granted the claimants reliefs suggesting that Ajaokuta, Lokoja and Kogi Local Government Area were part of the Attah Igala’s Kingdom and thus ceding the said Local Government Areas back and recognising them as part of Igala Kingdom.