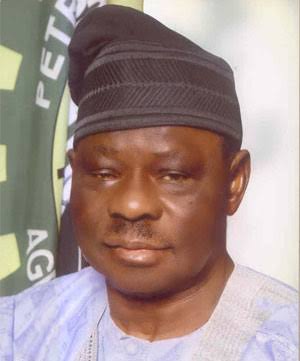 Senator Ahmadu Ali has disclosed that he met with the former Military President, Ibrahim Babangida in New York to extract his commitment for the creation of Kogi State which he honoured his words.

He said he fought for the creation of Kogi State in order for the Igala people to be reunited with their people who were left in Kwara when Benue Plateau was created in 1976 which Igala people left them.

In an exclusive interview with CAPITAL POST in Abuja, Dr. Ali who is well informed of the history of Ajaokuta, Lokoja and Koton Karfe, explained that when Igala left, their kith and kin within the axis became minority who suffered humiliation in Kwara State at that time.

The former Minister and former National Chairman of the Peoples Democratic Party (PDP) recalled how he became the Chairman of Kogi State movement for eleven years, noting that he was in the forefront of advocacy for the creation of Kogi State.

He said: “My major reason to fight for the creation of Kogi state was for us to reunite with our people that are at the other side of the river.

“When Benue State was created and we were moved there leaving the rest of our people back in Kwara, my fear was the people we left behind will definitely suffer humiliation as the minority in the hands the Alimis in Kwara.

“Remember I was at the forefront of the agitation for the creation of Kogi.

“I was Chairman of Kogi State Movement for 11 years.

“Before Kogi State was created, I had to address the Benue State House of Assembly twice and had to travel to meet President Babangida in New York to extract his final commitment and he was able to live up to his promise.

Ali, who insisted that Ajaokuta, Lokoja and Koton Karfe were not in dispute in belonging to the Igala Kingdom urged the people to be committed to the unity of the State.

“My advice to the computer generation is to listen to the words of the elders and be patient, everything has it time and season.

“You people should respect elders, and always come together to work for common goal.

“Any group of people that tries to put the law into their hands by instigating crisis as a result of this development shall be summarily dealt with.”