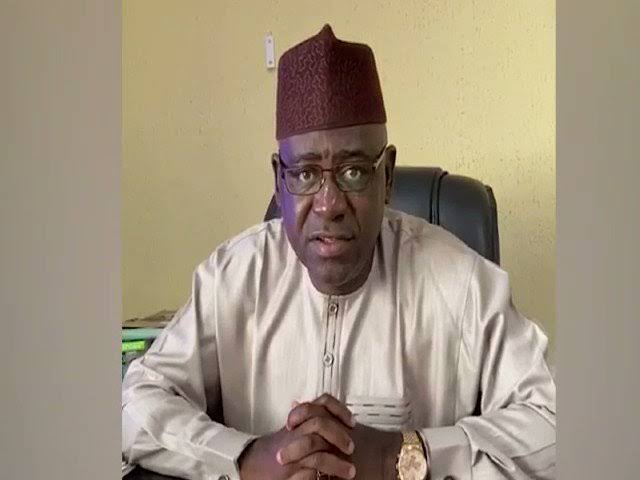 The man, HASSAN BABA ETSU could best be described as an exceptional gentleman who has put his professional calling as a trained quantity surveyer.

In bringing his wealth of knowledge to bear on the affairs of Niger State Rural Access And Mobility Project (RAMP2), he has changed the narratives.

Since he assumed office as the Project Coordinator of the RAMP in Niger, he has no doubt put his detractors in perpetual shame as the project coordinator of the Niger State Rural Access And Mobility Project, (RAMP2) office, within the shortest period he has piloted the office.

It is no gainsaying the fact that Niger State governor and Nigerlites are acknowledging his effort having proved his mettle beyond all reasonable doubt.

He made and is still making indelible mark, as a result of his charismatic leadership and technocrat who is loved by rhose who have contacts with him.

His unprecedented record of transforming the rural roads in all the nooks and crannies of the State is unassuming. Under his stewardship in Niger RAMP2 and with the support of Governor, Abubakar Sani Bello, Niger State Rural Access And Mobility Project (RAMP-2) has so far constructed over 184km of rural roads and rehabilitated over 30 river-crossing bridges and culverts across the three (3) senatorial district of Niger State.

Read Also:  Insecurity: There may be no Nigeria, if we don't all rise up

It is in recognition of his achievement that the National Leadership, Management and Board of Trustees of Road Transport Employer Association of Nigeria ( RTEAN), conferred on him “Corporate Award of Excellence In Minna, the Niger State Capital.

According to the National President, Road Transport Employers Association of Nigeria (RTEAN), Chief ( Dr.), Abubakar O. Sadiq, he described QS Hassan Baba Etsu as an Astute Professional who has proved that he is up to the task bestowed on him by the governor, Abubakar Sani Bello to coordinate the affairs of RAMP2 in Niger State.

The National President who was represented by the Secretary General of the Association, Comrade Abdullahi Mohammed Jabi, noted that “it is important to advocate and attest in the eyes of the public the accomplishment made by Niger State Rural Access And Mobility Project (RAMP-2) “which informed our decision to indentify with the leadership of this agency in solidarity to be so honored and recognize with prestigious ” Corporate Award of Excellence” for your valuable contributions for improving rural access road infrastructure to support transportation facilities as means and ease of doing business in Niger State to the benefit of the rural populace mostly agrarian communities.”

Receiving the award on behalf of the management of the agency, the project Coordinator RAMP in Niger State, QS Hassan Baba Etsu The (MUTAWALLEN RABA NUPE), stated that the award would be described as a challenge to him to enable him put more efforts in leaving up to the responsibility bestowed on him by Governor Abubakar Sani Bello.

Equally, he noted that for the National Leadership of the Road Transport Employers Association of Nigeria ( RTEAN), to single him and his agency to be conferred with the prestigious award, “it means the activities of the Niger State RAMP2 is being monitored without our knowledge.”

“It means, we are doing our work diligently. Like I said earlier this award is a kind of throwing a big challenge to me, and I will do all it take to do to the best of my ability to discharge my duty in ensuring that RAMP in NIger State transforms all the rural roads in the within the available resources.”

The MUTAWALLEN RABAN NUPE while appreciating the National Leadership of the RTEAN for the award, assured that: “I will Continue to put in more efforts in ensuring that the first roads across the nook and crannies of the state are motorable within the available resources.