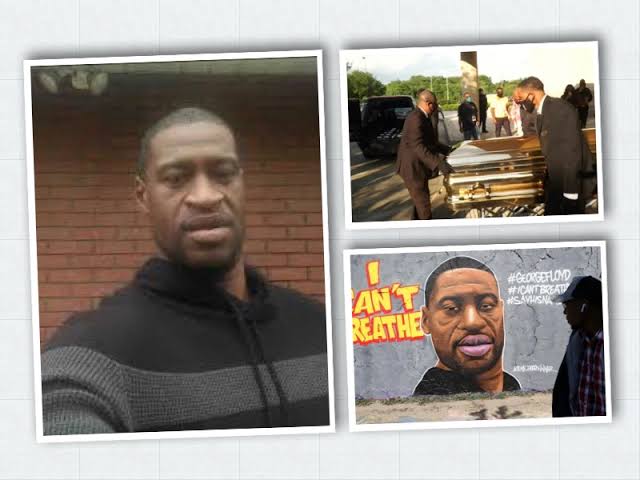 The former governor of Kebbi State Senator Adamu Aliero on Wednesday on the floor of the Nigerian Senate said, discussing racial discrimination in the United States of America would be pre-emptive and injurious to the unity of Nigeria.

He was reacting to an order of personal explanation raised by the Deputy Minority leader, Senator Emmanuel Bwacha condemning the killing of a black American George Floyd which he attributed to racial discrimination.

Order 43 of Senate rules affords a lawmaker to express his personal feeling on issues of national importance provided, “it’s not controversial in nature.”

Emmanuel Bwacha representing Taraba South Senatorial district had informed the Chambers on the global protest occasioned by the killing of a black American, George Floyd, advising that Nigerians should learn from the incident.

He faulted the American Police for the dastardly act of killing George Floyd due to racial discrimination, noting that Americans ought to have grown beyond that level, since they claimed to have been champion of world democracy.

He said: “There was a global protest against racism which was ignited by the action of the racist Police in Minneapolis, United States of America.

“I would have involved order 52 of what we know as open demonstration of hatred for blacks in America. You are all aware of the very wicked and unspeakable manner in disregard to the sanctity of human life.

Bwacha described Nigerian leaders as lacking in morality to criticise the ugly trend in the US, but, expressed optimism that the narrative could be changed, if Nigerians begins to love each other.

“This matter should bleed the heart of any reasonable human being.

“It is because we have our challenges to battle with and we have lessons to learn. There is a protest against racism which is a known epidemic in the United States of America and what we have to learn from this is the white supremacy over the blacks.

“White man’s claim of superiority over the black man is what we all know is not the fault of the Blackman.

Coming through order 43, Senator Adamu Aliero representing Kebbi Central Senatorial district insisted that the minority leader was raising an issue that controversial and not in the best interest of the nation.

“Am sorry, the issue the minority leader is raising is very, controversial. Senator Bwacha is alluding to so many things that are dividing us.

“It’s not proper for not hearing from the other side. In issue like this should be brought to the floor of the Senate through a proper order so that everybody should contribute.

Reacting, Senate President explained that order 43 remain a privilege of Senators to express their feelings, while asking those not comfortable to address their concerns at the opportune time.

“Thank you very much Senator Aliero. You see, under order 43, it’s not subject to debate and if any of our colleagues chose to come under personal explanation, and you feel there is anything to be addressed, it can be done later.

“My take is you have to round up and then you have to balance what you are saying because there is an observation and it’s already raising controversy.”

However, Bwacha insisted that the issue he raised was primarily to see how Nigerians can be united, while expressing shock that the Kebbi lawmaker could oppose him on the issue.