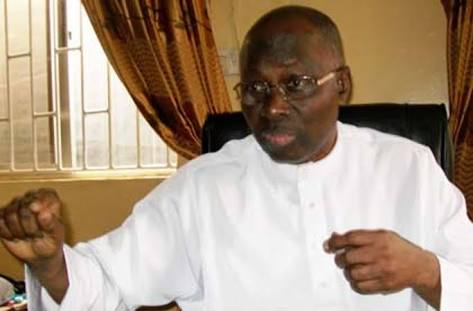 The Speaker of the House of Representatives, Rep. Femi Gbajabiamila has described the passing away of Sen. Munir Muse as sad and painful.

Gbajabiamila said Sen. Muse, who represented Lagos Central Senatorial District, where the Speaker comes from, would be missed by all Lagosians, especially those from his immediate senatorial district.

In a statement by his Special Adviser on Media and Publicity, Lanre Lasisi, made available to CAPITAL POST in Abuja, the Speaker described Sen. Munir Muse, who was in the Red Chamber from 2007 to 2011, as a perfect and easygoing gentleman.

He said the late Sen. Muse, who died at the age of 81, gave his best in terms of representing the yearnings and aspirations of his people when he served in the Senate.

Gbajabiamila also recalled with nostalgia how the late senator made remarkable achievements when he served as the chairman of Apapa Local Government before his election to the Senate in 2007.

“On this day, I join millions of Lagosians to mourn a very distinguished man, who served his people with uttermost dedication and commitment. He was a perfect gentleman and silent achiever.

“As a politician myself, I learnt from his wealth of experience. I remember our public engagement at Eko Club, Surulere in 2018 where he encouraged me not to renege on the pursuit for the speakership seat in the interest of the country, A lot of people may have hoped to continue learning from him, but God Almighty has taken him away.

“I won’t forget in a hurry Sen. Munir Muse’s towering achievements as council Chairman of Apapa Local Government, which earned him special recognition in Lagos State, hence his elevation by the people of Lagos Central to the position of Senator of the Federal Republic of Nigeria.

“And when he went to the Red Chamber, Sen. Munir Muse did not disappoint his people as he represented their interest the best way he could.

As a mark of honour, his successor, Senator Oluremi Tinubu has been organising a football tournament annually in his honour. The Speaker recalled kicking off the finals of the 2018 edition of the Senator Munir Muse Cup.

”Though he is no more today, we find solace in the fact that he lived a life worthy of emulation,” Gbajabiamila said.