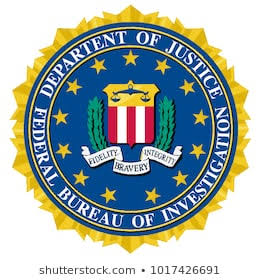 The FBI on Wednesday warned that malicious cyber actors were targeting mobile banking apps in an attempt to steal money as more Americans have moved to online banking during the coronavirus pandemic.

In a public service announcement, the FBI noted it expects to see hackers “exploit” mobile banking platforms, which have seen a 50 percent surge in use since the beginning of the pandemic.

The FBI specifically pointed to threat of banking trojans, which involve a malicious virus hiding on a user’s mobile device until a legitimate banking app is downloaded. Once the real app is on the device, the banking trojan then overlays the app, tricking the user into clicking on it and inputting their banking login credentials.

Fake banking apps were also cited as a threat, with users in danger of being tricked into downloading malicious apps that also steal sensitive banking information.

In order to combat these threats, the FBI recommended that Americans only download banking apps from official app stores or from banking websites and that banking app users enable two-factor authentication on their accounts and use strong passwords.

Read Also:  CAN Jos North advise Security personnel to be professional, ethical on line of duty

The PSA is not the first warning the FBI has put out during the COVID-19 pandemic, as hackers have stepped up efforts to target individuals working and socializing online.

A top FBI official said in April that the FBI’s Internet Crime Complaint Center was receiving between 3,000 and 4,000 cybersecurity complaints each day, a major jump from prior to the COVID-19 pandemic when about 1,000 complaints were received daily.

Major agencies including the World Health Organization and the Department of Health and Human Services have also been targeted by hackers, and scams tied to efforts to use coronavirus concerns to steal sensitive information have also spiked.