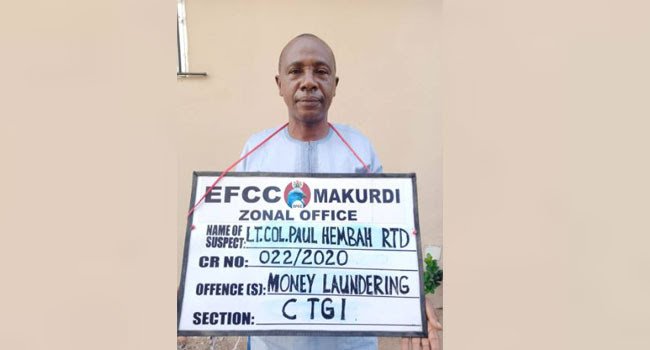 The Makurdi Zonal command of the EFCC said investigations into the allegation has commenced.

The suspect, Paul Hembah, is a Special Adviser on Security Matters to the governor who was said to have allegedly abused his office sometimes in July 12, 2019 when he transferred a sum of N42million from official account of the office of the Special Adviser on Security Matters (his office) to his personal bank account and withdrew same in cash same day.

The N42 million was meant for disbursement to Benue State Vigilante Group, (BSVG).

Hembah, who was quizzed for over 6 hours on Wednesday has volunteered useful information to the EFCC investigators and would be arraigned in court as soon as investigations are concluded.